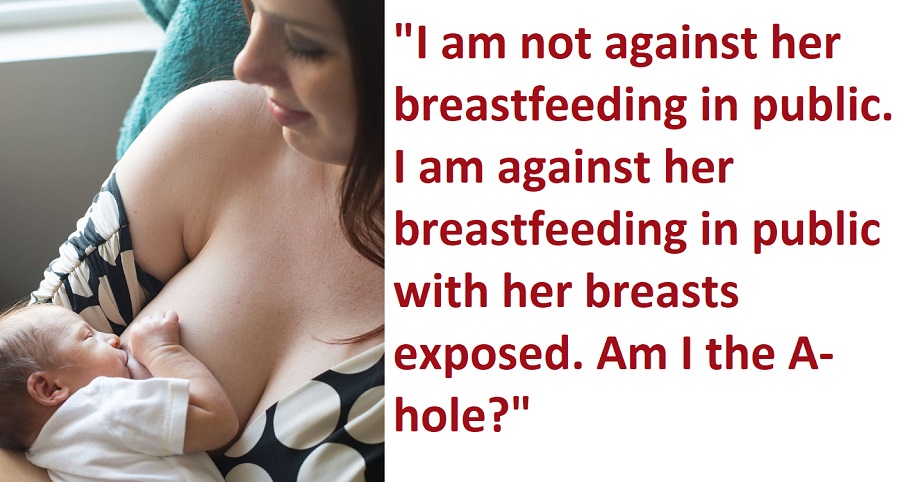 One man recently took it to Reddit’s popular subreddit “Am I The A-hole” to ask if he was in the wrong for demanding his wife to cover up while breastfeeding. As he writes it himself, he’s “not against her breastfeeding in public, but he’s against her breastfeeding in public with her breasts exposed”. The reason for this is because he believes that it makes other people uncomfortable to watch her feed the baby, which is total non-sense! Check out the post for yourself, and decide how much of an a-hole he is! Luckily, people on Reddit and Twitter (since the post made its way on Twitter too!) were quick to call this man out for being a massive a-hole, especially to his wife and the mother of his child. Her body – her rules!