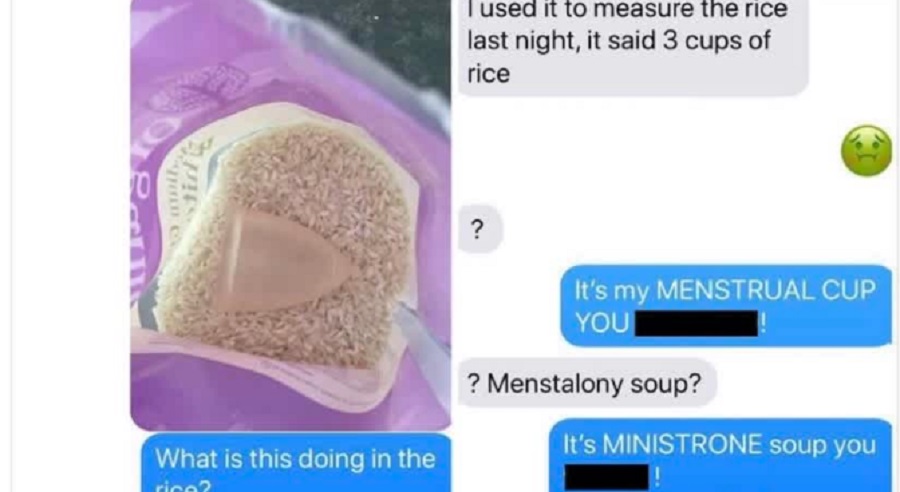 Many people joke about how men are useless in the kitchen. Of course, we all know that many are very skillful, but Cindy Hobbs is a woman that recently had an experience with her husband’s cooking that was too unusual not to share.

Cindy, a mom of three, one day noticed how her toddler was holding her menstrual cup. She immediately took it from her, and left it on the counter. The next day, she found her menstrual cup in a bag of rice. Yes, you read that right!

At first, she was confused about how the cup found its way there, so she asked her husband. His answer made Cindy (and the internet) roll on the floor laughing!

As it turns out, her husband had used the menstrual cup as a rice scooper! Cindy found the story too funny not to share it with the world, and you can check it out for yourself below. Thankfully, everything was fine, and it was safe for the husband to use the menstrual cup to scoop rice. Although many people were grossed out by the story, most found it hilarious and tagged their spouses in the comment section.