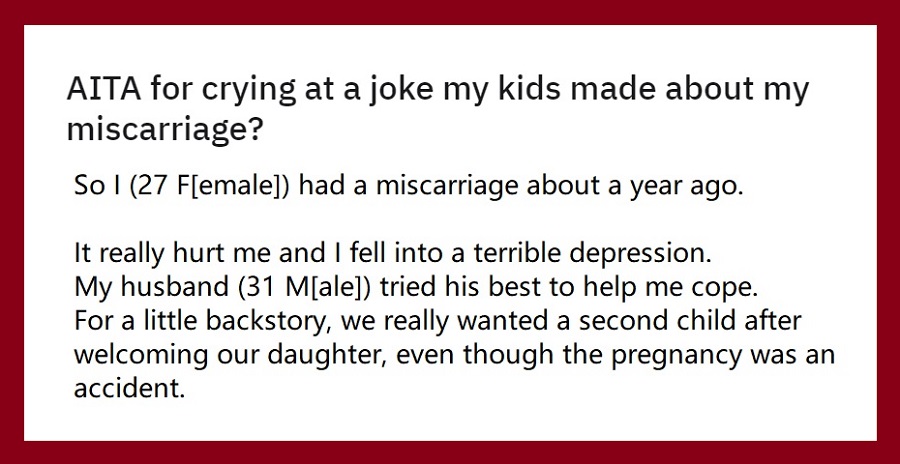 We’ve always praised kids for their honesty and speaking their mid, but the reality is that they can sometimes be cruel, and cruelty can hurt. However, adults can also be cruel, and words often leave deep scars that are tough to heal. We have to be extra careful because some words when spoken they can’t be taken back.

Well, one woman recently shared her story to the Am I The A-hole subreddit and asked for some feedback so she can have a better understand of what really happened. In her post, she shared that she had a miscarriage about a year ago, and it hurt her so much that she fell into a terrible depression and had hard time dealing with her emotions for a long period of time.

Fast forward one year, and her stepson and her daughter decided to joke on the topic, which brought back the memories. She lost control of her feeling and burst into tears, but her (otherwise supportive) husband called her ‘stupid’ for crying for the miscarriage again. So, understandably, the woman wanted to know if she was in the wrong or not – and Reddit had a lot to say about it. Check out the full story below. 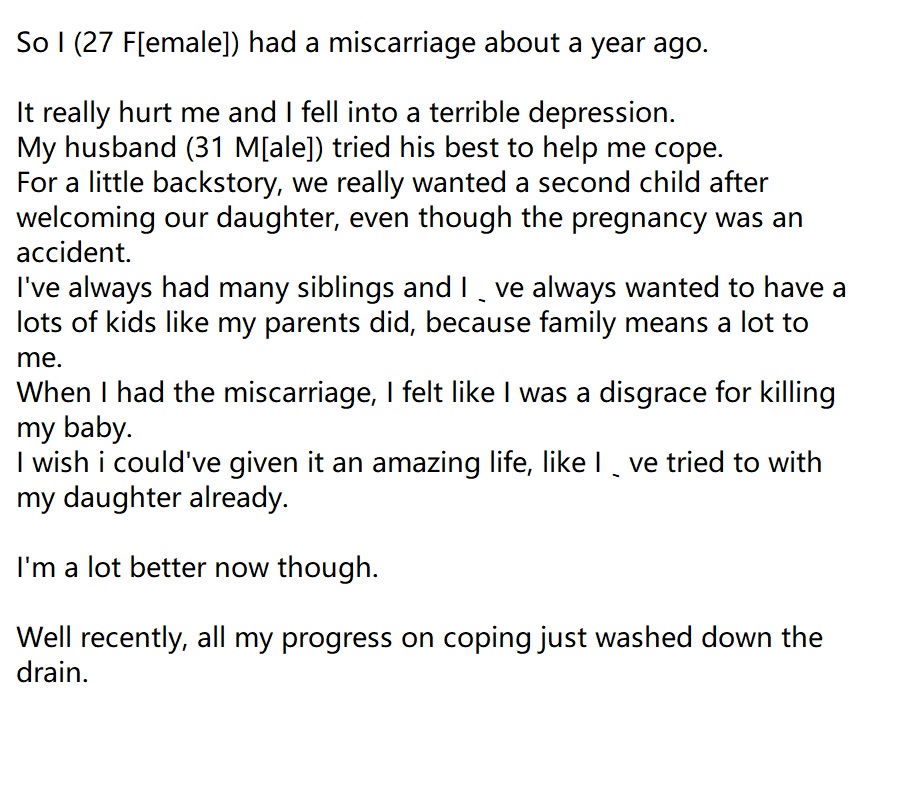 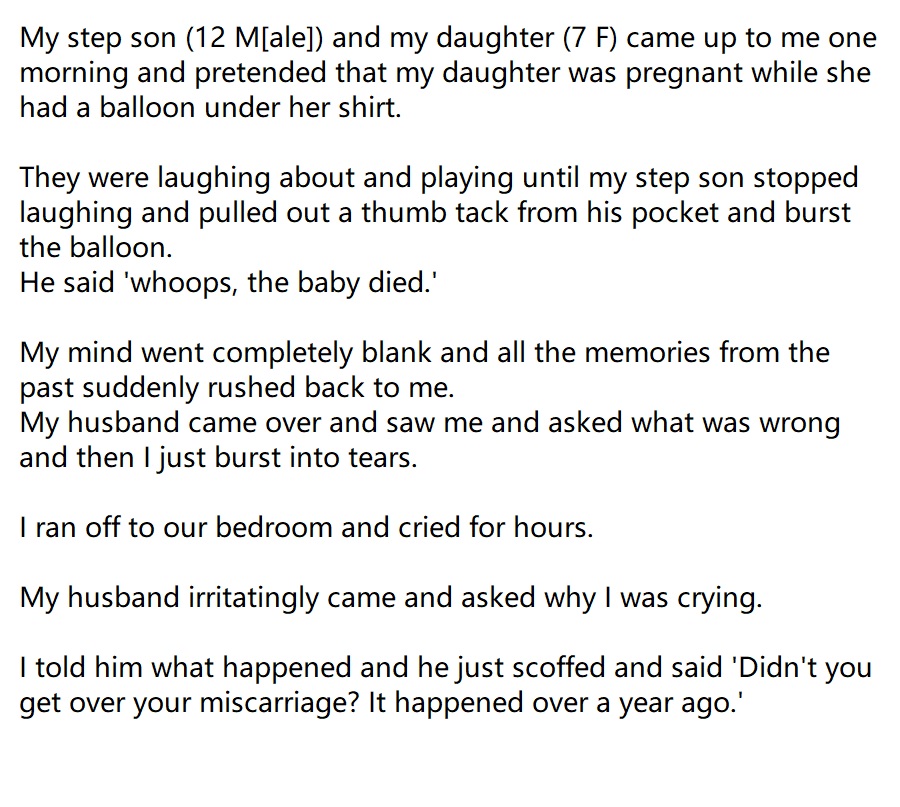 Reddit unanimously  voted that the woman is absolutely not the a-hole here, and she has every right to be overwhelm with emotions, especially after everything she went through. For God’s sake! Oh, but her husband is a massive a-hole (or at least he did an a-hole move here) for behaving they way he did and not being supportive. So, all in all, NTA!

Bride Denies Stepson’s Request To Honor His Late Mom At Wedding, Asks If She’s Wrong
Guy Falls For Gym Bro, The Internet Encourages Him to Ask Him Out, and He Says ‘Yes’
Comments
Comments