When kids get into the teenager stage, it’s easy for parents to write off their behavior as just ‘being a teenager’. However, there’s sometimes more to the story, and it’s not all as it seems.
In fact, it’s probably for the better to look into the problem, find out what’s wrong, and support your teenage child get back on their feet and be as happy as they can be.

As one Reddit user recently pointed out, it’s sometimes good to support your children in what they want – even if it’s not something you agree with 100 percent. So, Redditor u/Slight-Taro-5480 took it to Reddit’s Am I The A-hole subreddit to ask if she was in the wrong for letting her daughter get a septum piercing, despite her boyfriend’s wishes.

There’s more to the story than what it seems, so we invite you to check it out below before you make a judgment. 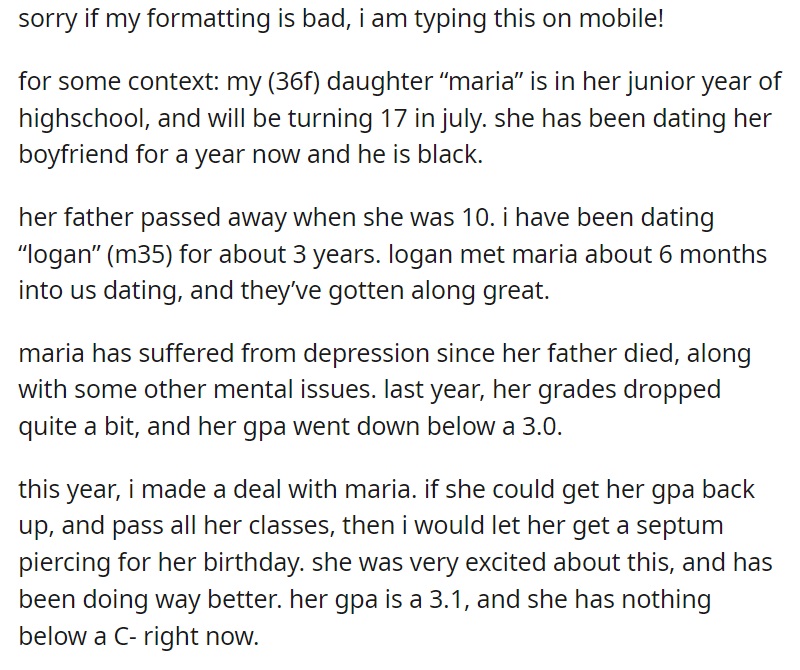 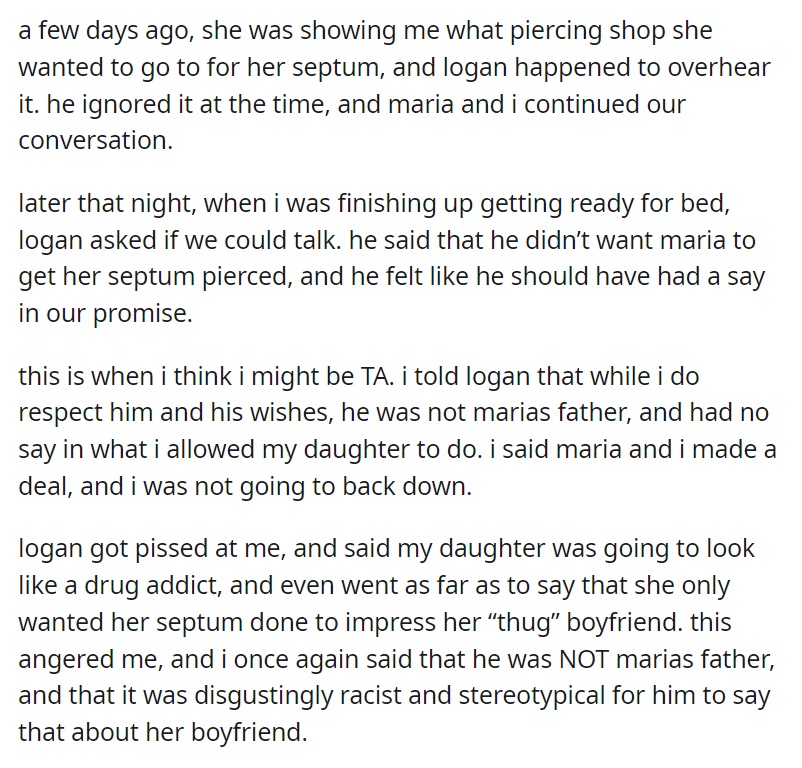 Although the situation is a bit difficult, most people agreed that the mom is not the a-hole here, and she wasn’t in the wrong to defend the child. Some pointed out that her boyfriend is showing some massive red flags here, and he has no say in her daughter’s body. 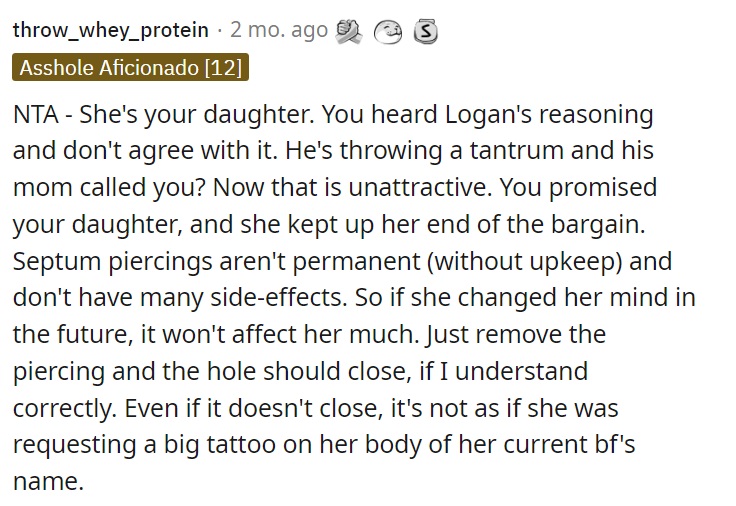 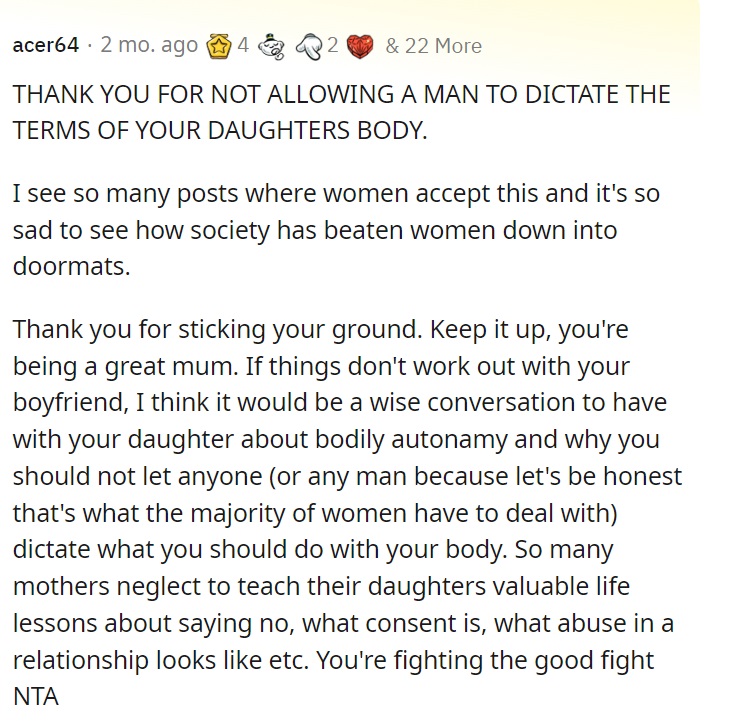 Women Share Stories Of Being Told To Ask Their Husband’s Permission Before Making a Decision
Tinder Guy Instructs Woman To ‘Look Pretty’ For Their First Date, She Had Something Else In Mind
Comments
Comments