Bride-to-be Receives Fiance’s Affair Texts At The Altar, So She Reads Them Instead Of Vows

Bride-to-be Receives Fiance’s Affair Texts At The Altar, So She Reads Them Instead Of Vows

Casey, a brde-to-be, shared the story of how she stood shaking at the altar in front of her family and friends. On what was supposed to be the happiest day of her life, however, she broke off the engagement and her 6-year relationship with Alex, her fiance, after she caught him having an affair the night before the wedding!

Yes, you read that right! In a post on Whimn, she shared that she received a text that changed everything. On her bridal party, she received a series of texts from an unknown number, accompanied by the message: “I wouldn’t marry him. Will you?”

The screenshots contained conversations between Alex and another woman, and it even included selfies of the two.

Apparently, the affair evidence ranged from months before the wedding to only a few days before the big day. So, Casey decided to do something about it, and she did it with style!

Check out the story for yourself below: 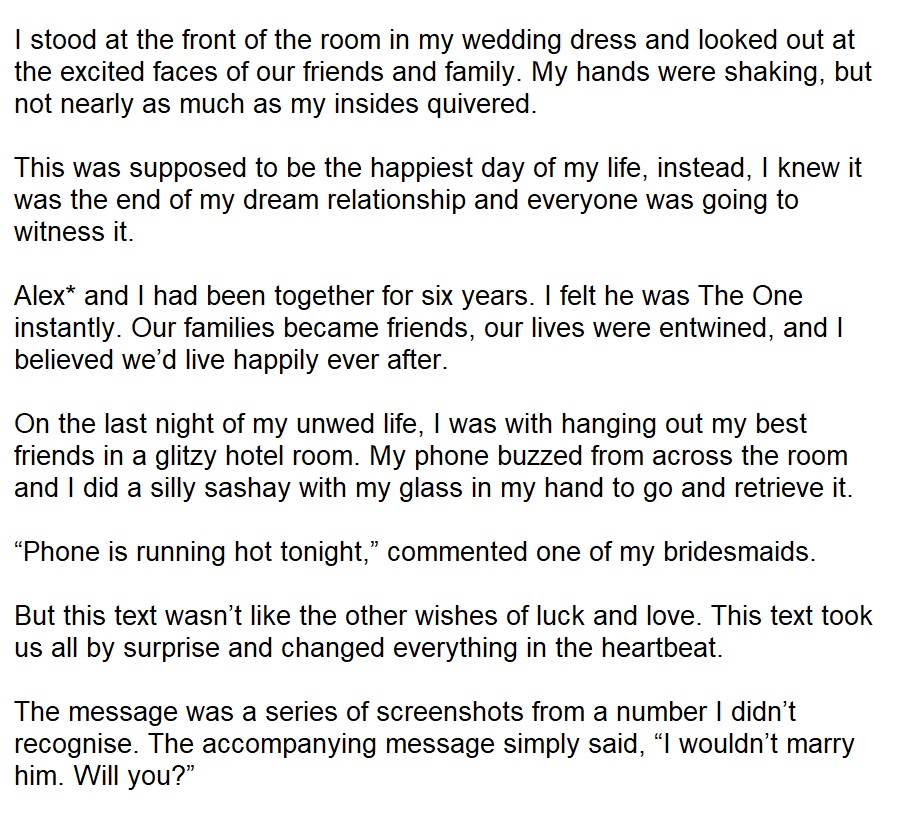 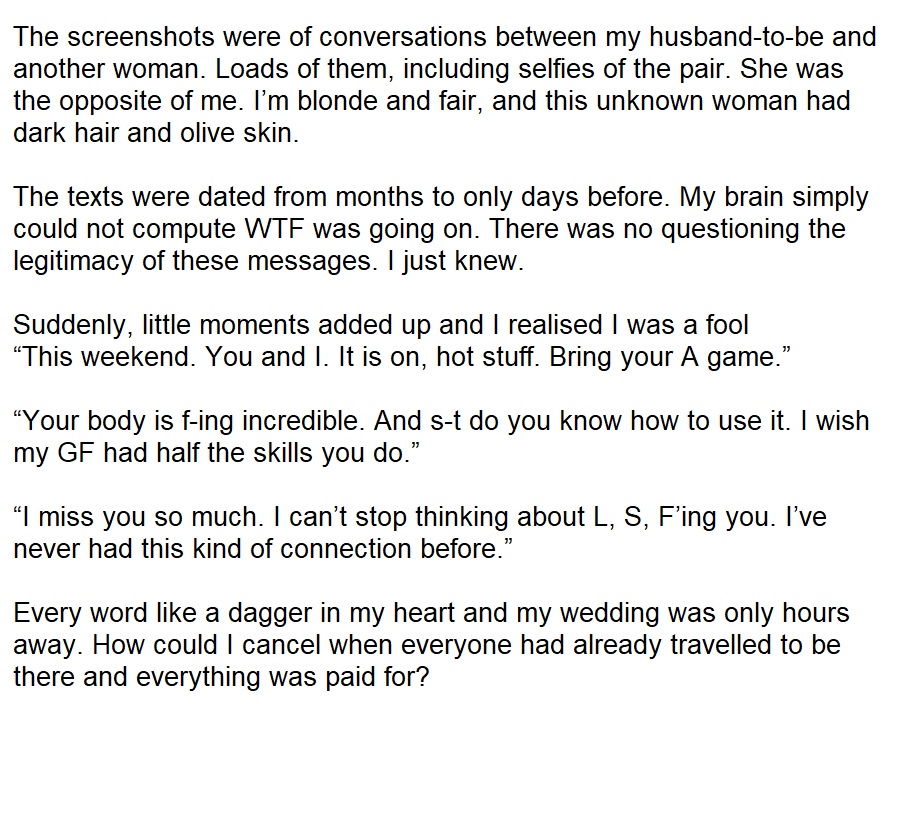 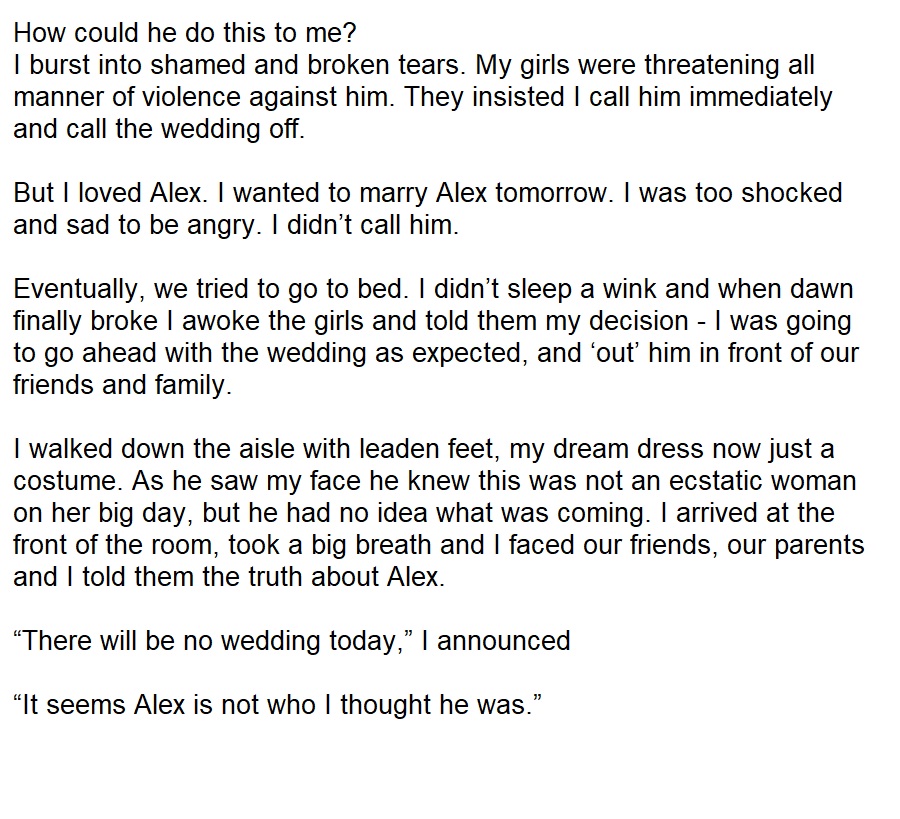 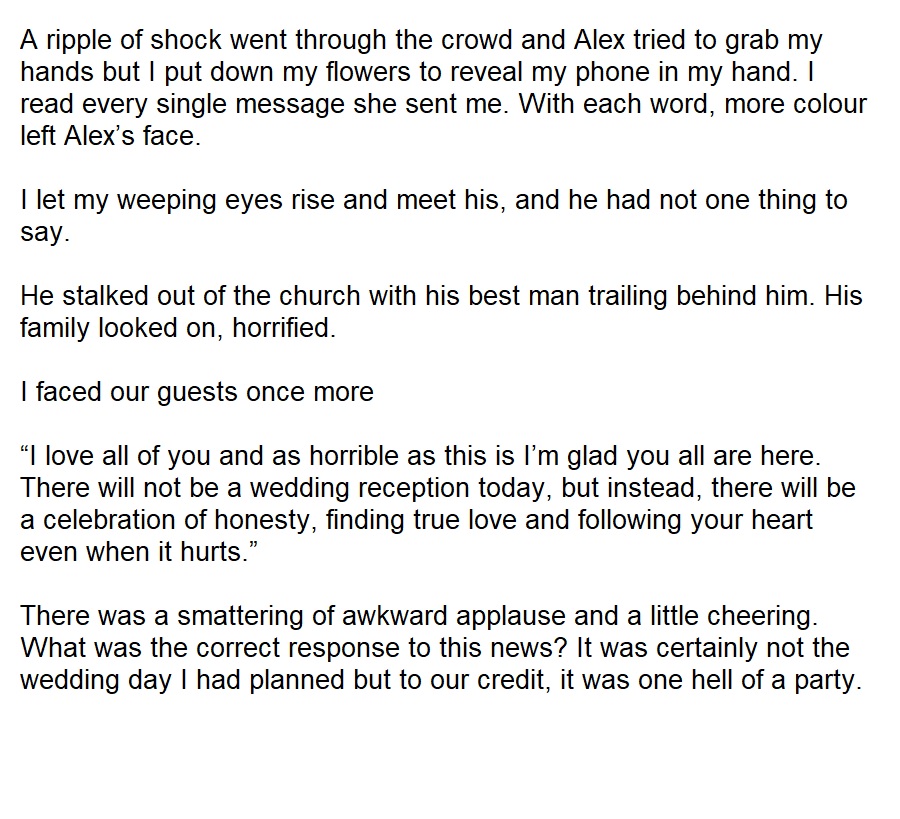 People in the comments loved what this gutsy bride did, and congratulated her on her brave move.

Guy Falls For Gym Bro, The Internet Encourages Him to Ask Him Out, and He Says ‘Yes’
Mom-To-Be Shares a ‘List of Rules’ People Have To Follow When Meeting Her Baby
Comments
Comments