Man Insulted Woman’s Weight After She Yelled At Him On A Train, Wonders If He Was Right

Man Insulted Woman’s Weight After She Yelled At Him On A Train, Wonders If He Was Right 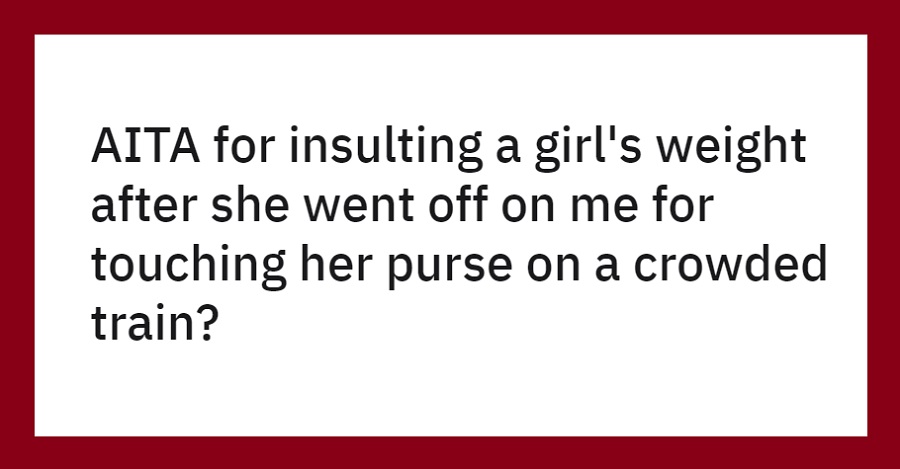 Just to clear things out before anything else: shaming someone over the looks of their body is never, ever OK – even if you think that what are they doing is completely wrong, including their behavior.

Reddit’s ‘Am I The A-hole’ sub is a place where people share their stories of some ‘questionable’ things they’ve said or done, and ask the public court for an opinion if they’re an a-hole or not. This story, though, is something else, and I honestly can’t tell who was in the wrong here, so my vote goes to ESH (Everyone’s An A-hole). It was shared by an anonymous Reddit user who wanted to know if they were in the wrong for speaking openly about a woman’s body on the train after she went all douchebag-mode on him.

The Original Poster was on a packed train, and they saw an empty seat. However, there was a purse on the seat, and they realized that it belongs to the woman sitting on the next seat. After trying to talk to her and realizing she had her headphones on, the OP moved the purse so they can take a sit. The woman immediately started yelling at them for touching her purse, to which the OP responded with a “joke” about her body weight. Even though it was a rather funny encounter, the OP wanted to know if they were in the wrong for responding with an insult to an a-hole. Check out the story below, and decide for yourself. 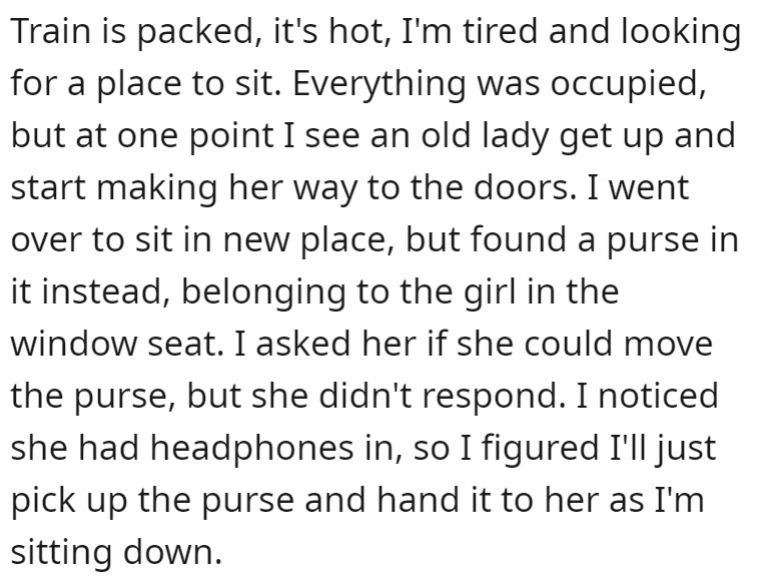 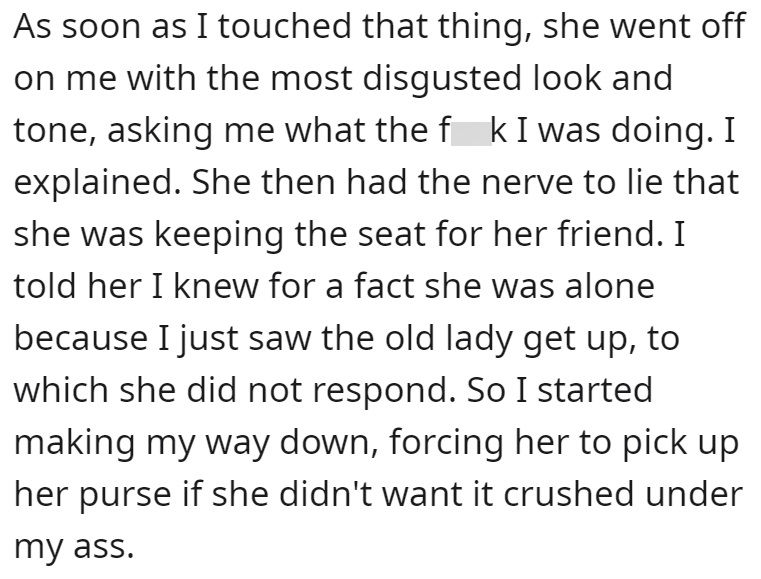 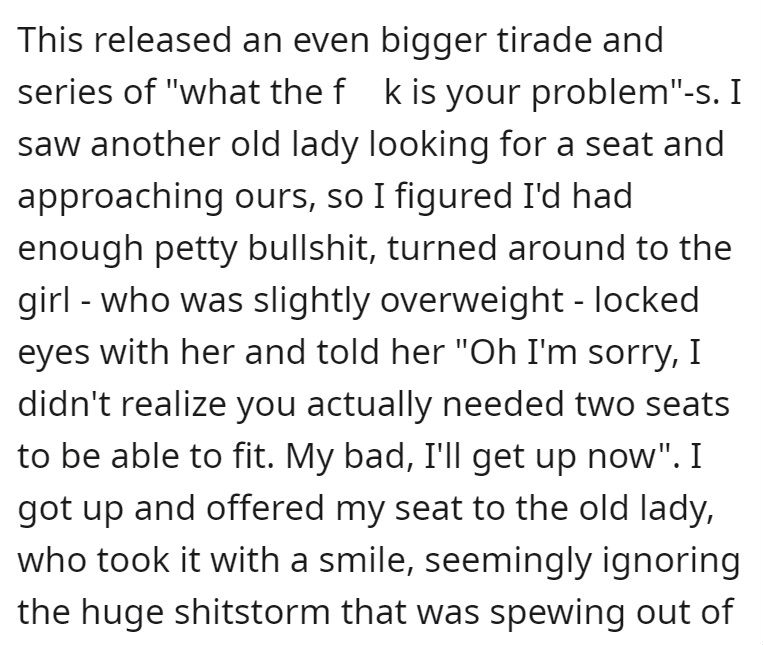 Although the opinions of Redditors were divided like never before, the end result of the vote was that everyone’s an a-hole here and that both parties did wrong. However, what’s important to note is that shaming someone over their body is absolutely never, ever OK! 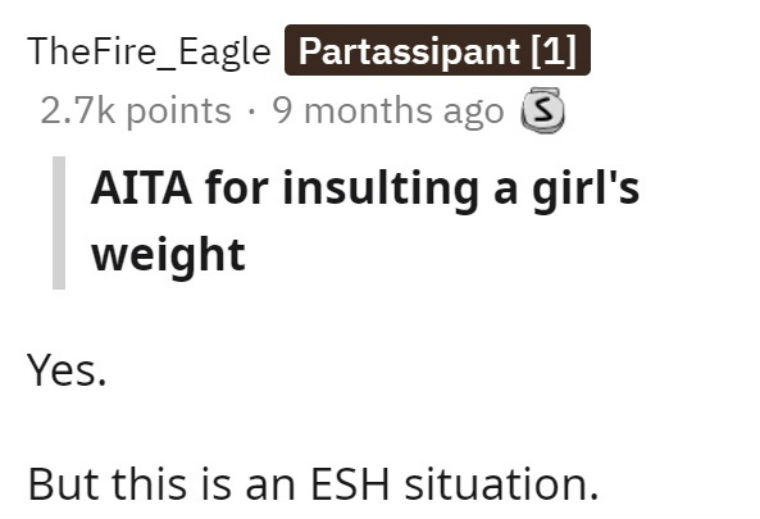 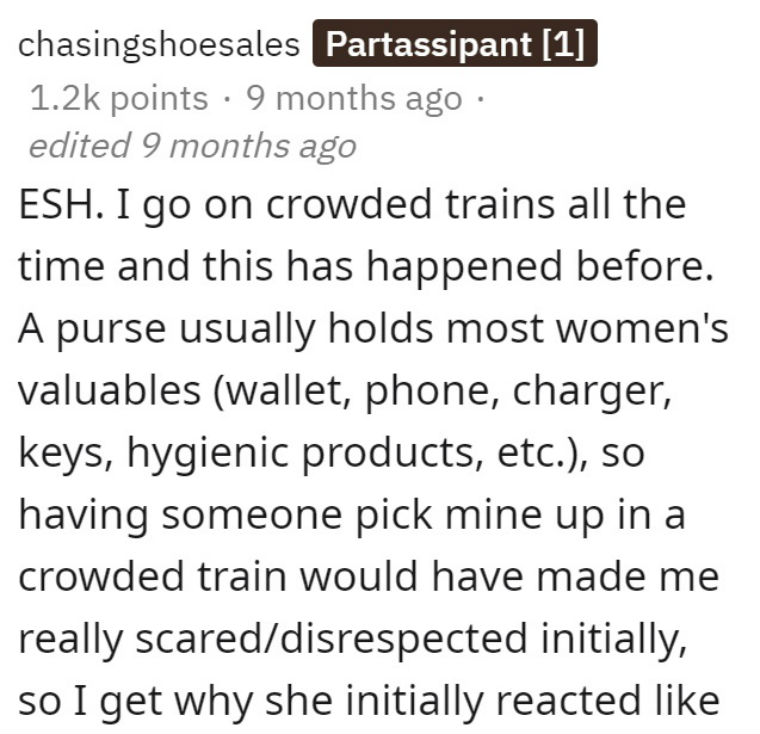 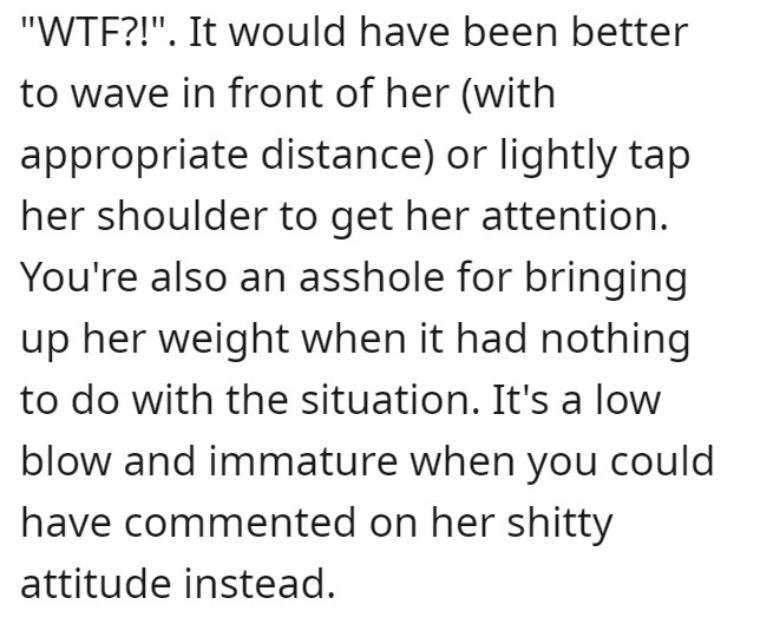 Woman Charges Parents & Friends $1 Every Time They Ask ‘When She’s Having a Baby’
Bride Denies Stepson’s Request To Honor His Late Mom At Wedding, Asks If She’s Wrong
Comments
Comments