Woman Refuses Mom’s Dying Wish Of Giving Her Grandchildren, Wonder’s If She’s In The Wrong

Woman Refuses Mom’s Dying Wish Of Giving Her Grandchildren, Wonder’s If She’s In The Wrong 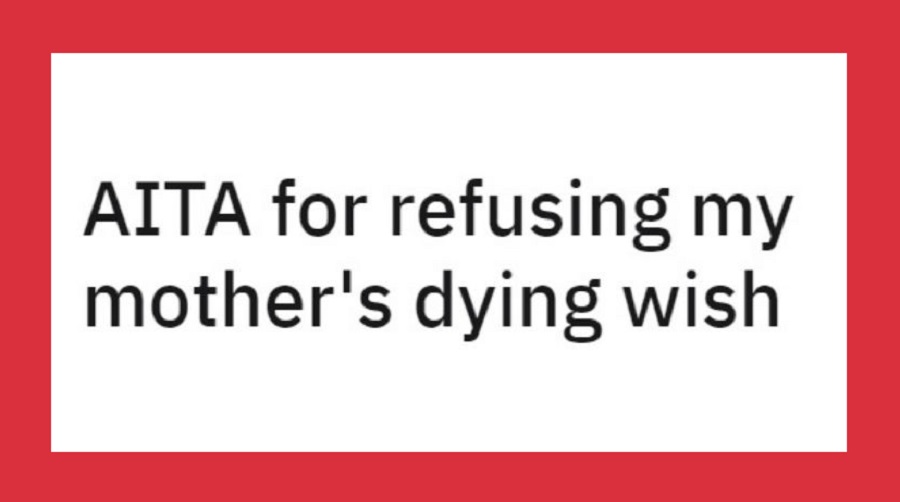 It’s in people’s nature to try to please others, presumably their loved ones, even though it may be one of the hardest things to do in the world. To add to that, it’s particularly difficult to do something a loved one wants from us, and we don’t want it ourselves.

Reddit user u/grandbabyfabricator decided to take it to the AITA subreddit to share her story. She wrote that she’s a happily married 33-year-old woman, and she’s the “mother” of multiple pets. However, her passing mother had a wish to have a grandchild, and that’s not exactly what the 33-year-old had in mind, so she wondered if she’s the a-hole for refusing her mother’s wish.
Check out the post for yourself below: 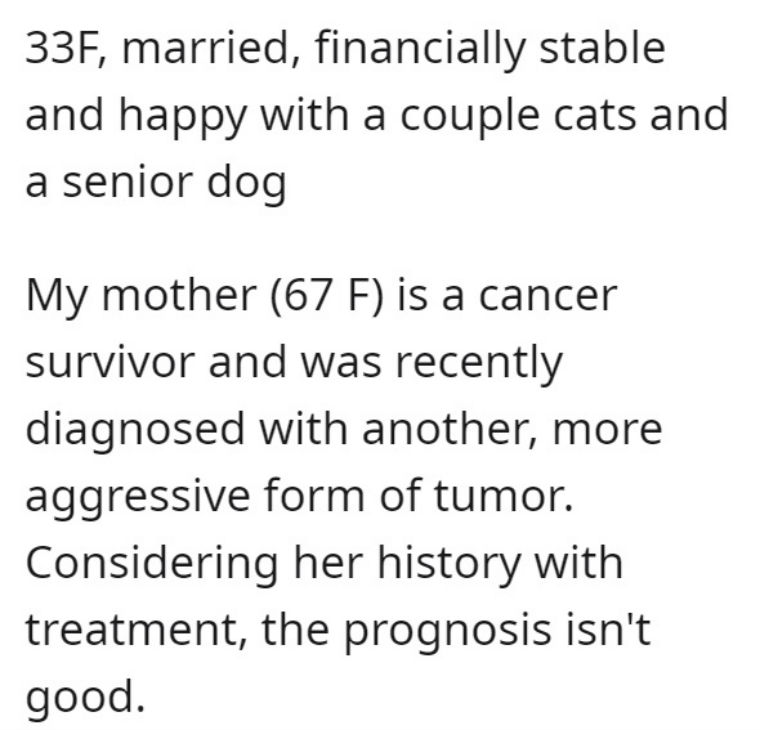 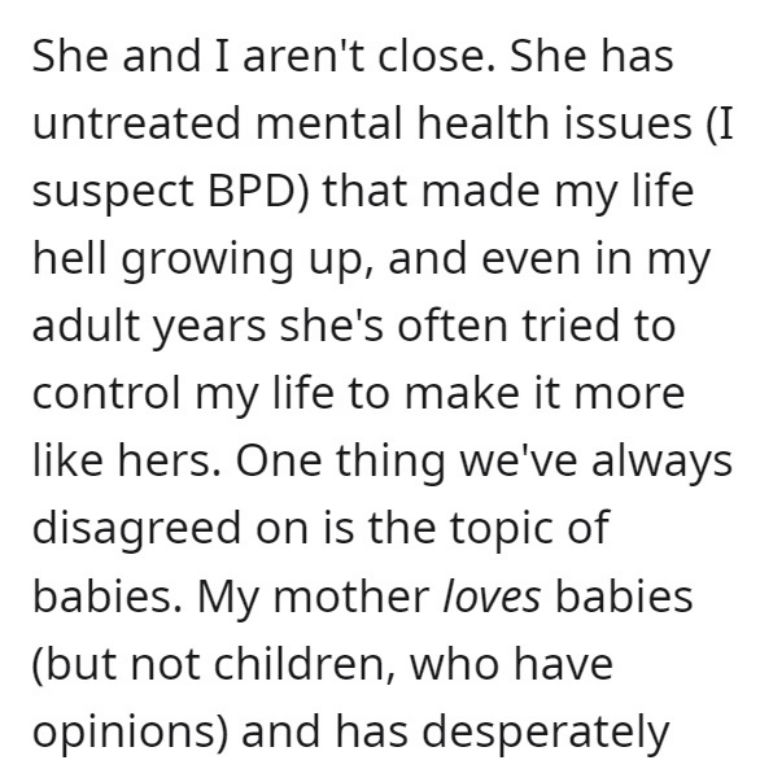 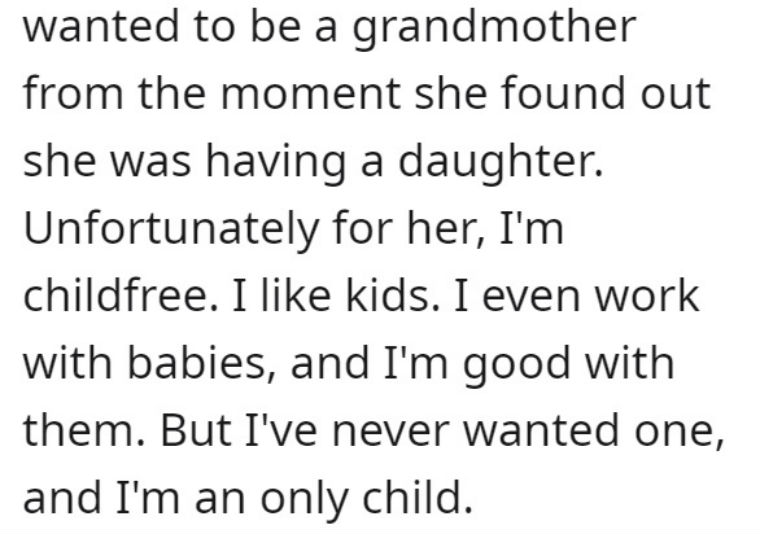 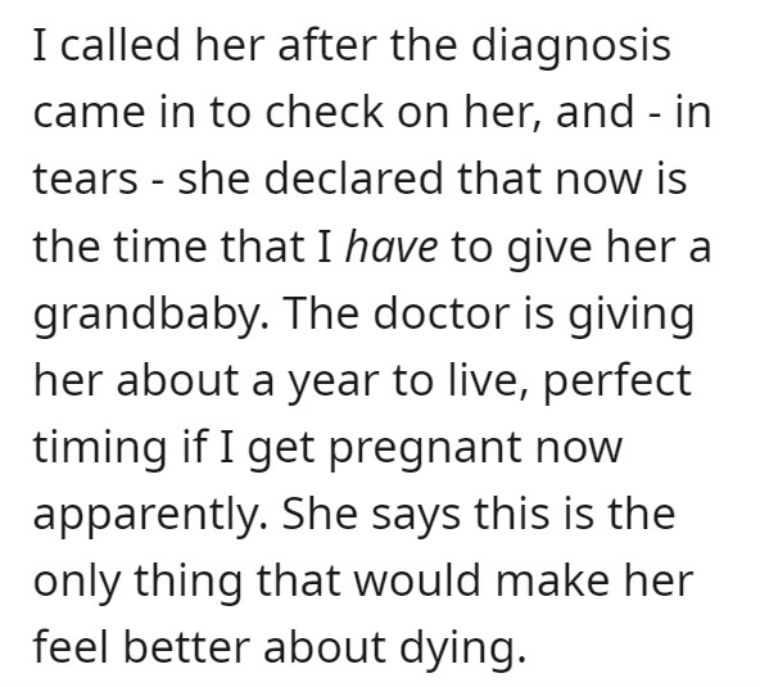 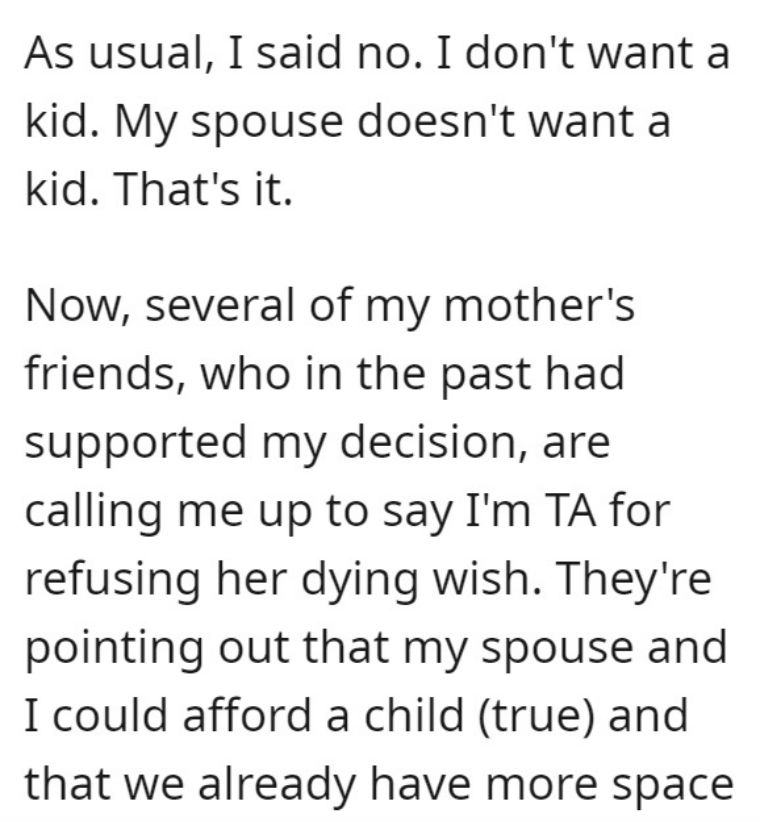 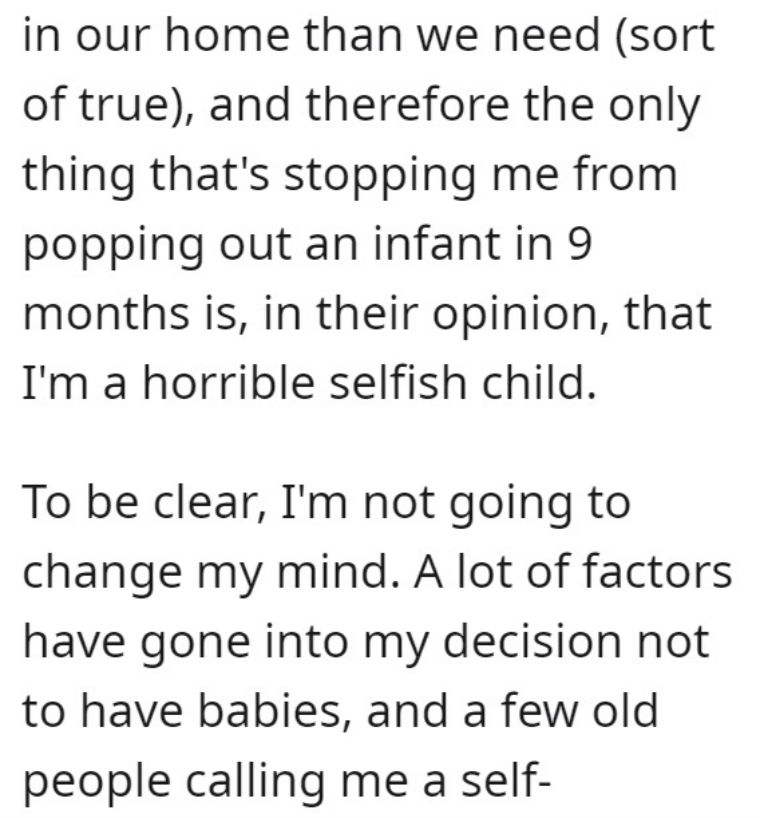 It’s safe to say that Reddit unanimously sided with the daughter, and they all pointed out that making a life-long commitment about something you don’t want to do yourself is one of the biggest mistakes one can make.

It’s absolutely okay to want grandchildren and to want to see your family grow, but the only people that are entitled to make that decision are the parents-to-be (or not-to-be) themselves. 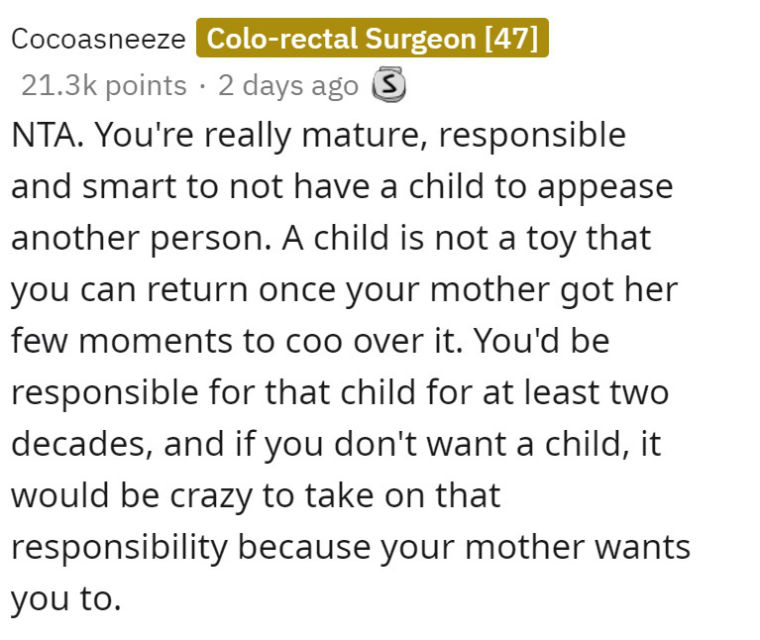 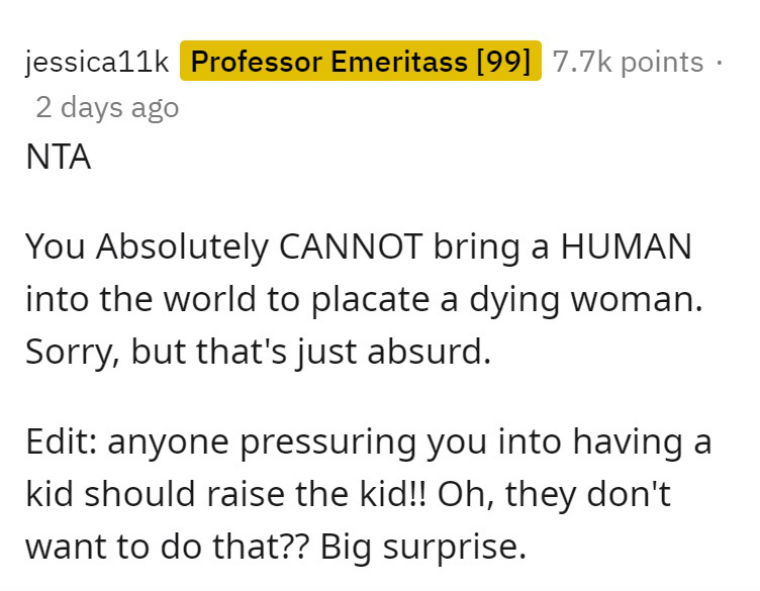 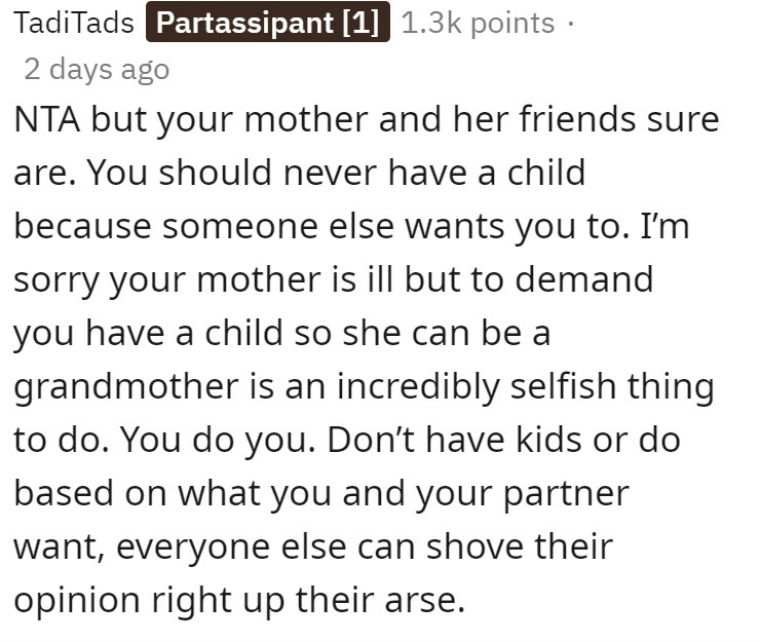 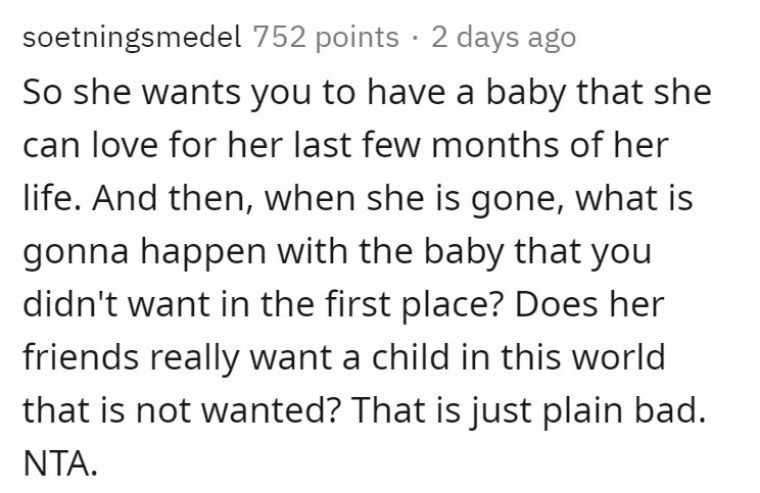