Childfree Woman Refuses To Give 6 Of Her Paid Vacation Days To A Coworker With 3 Kids, Asks If She’s Wrong

Childfree Woman Refuses To Give 6 Of Her Paid Vacation Days To A Coworker With 3 Kids, Asks If She’s Wrong 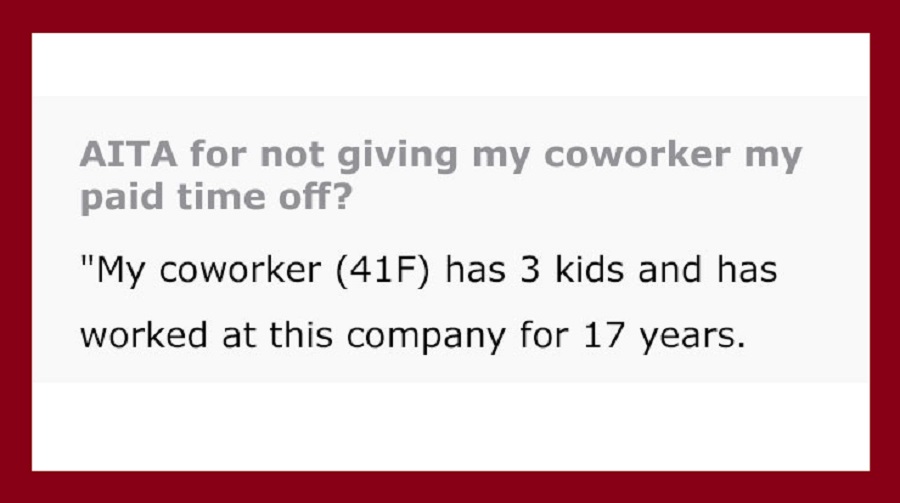 The Organization for Economic Cooperation and Development is a group of the 36 of the world’s wealthiest nations, but the US is the only country on the list that doesn’t require employers to give workers paid leave.

So, reports say that 23 percent of working Americans have no paid vacation, and 22 percent have no paid holidays. Accordingly, getting a paid time off is a serious matter in the US, and is no wonder that the 27-year-old childless woman that shared the following story didn’t want to give any of her paid time off to a coworker.

The 27-year-old decided to take it to the popular Am I The A-hole subreddit and ask if she was in the wrong for not giving her 41-year-old coworker with 3 kids her paid time off.

The author explained that her colleague asked her to give her 6 of her days because she’s childless and doesn’t need that many days. However, after telling her that she doesn’t want to give away her hard-earned days, an office drama was ignited.

Check out the story below and decide who the a-hole is for yourself. 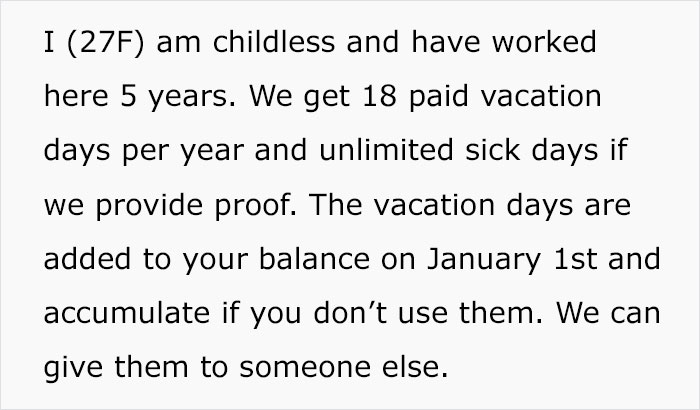 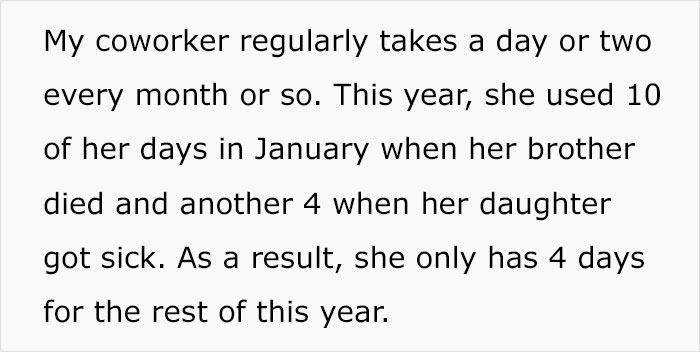 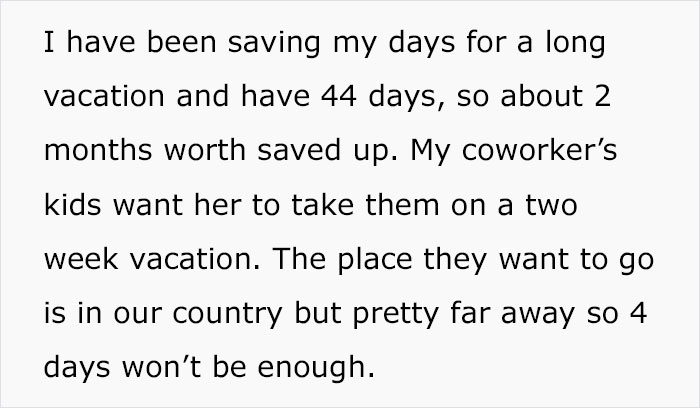 Although the story was not that dramatic, the thing that triggered most Redditors is that the OP was told that she doesn’t need that many off days because she doesn’t have kids.
That’s simply not true. Everyone deserves as many off days, so that doesn’t make a point. Yes, the 41-year-old coworker do needs the off days, and it’s not her fault she had to use them so early in the year, but that doesn’t make the OP at fault.

Thankfully, the situation was resolved when the OP and other coworkers all gave the 41-year-old a day so she and her kids could have their 2-week holiday. Nevertheless, this is how Reddit responded to the story. 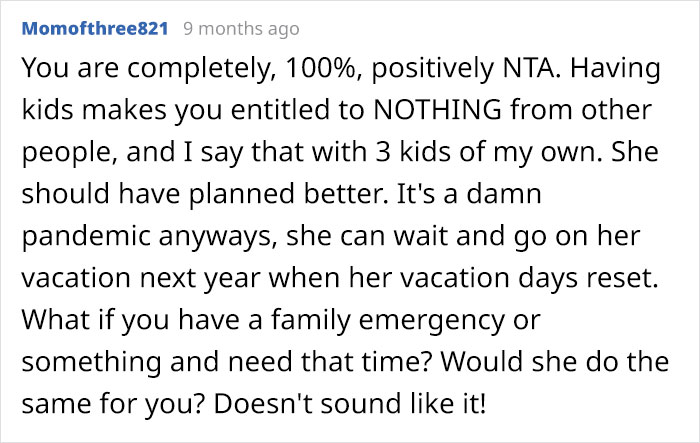 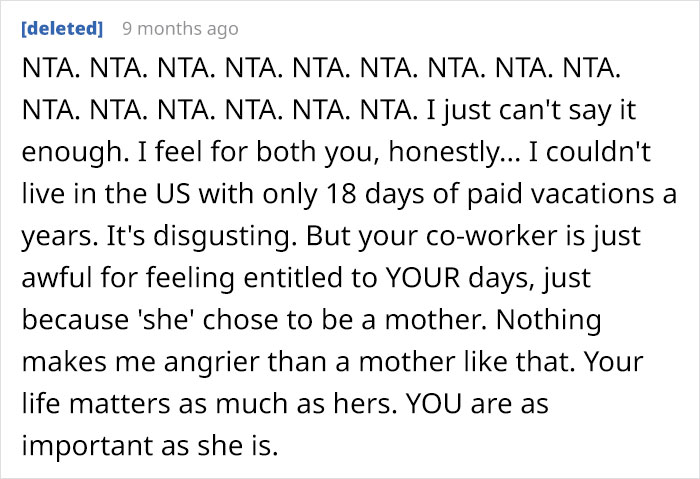 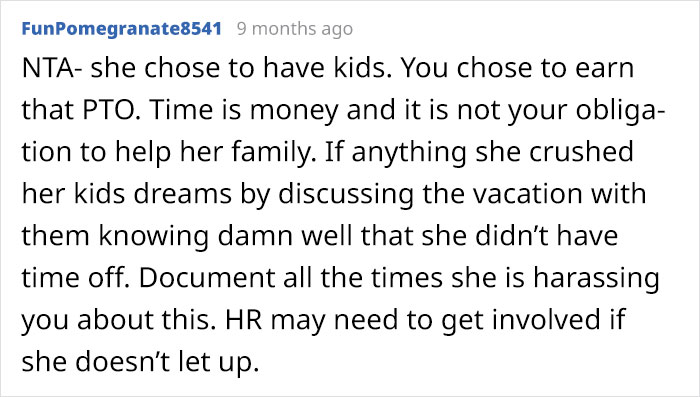