Woman Kicks Boyfriend Out After Yelling At Her Cat, Asks If She Did Wrong

Woman Kicks Boyfriend Out After Yelling At Her Cat, Asks If She Did Wrong 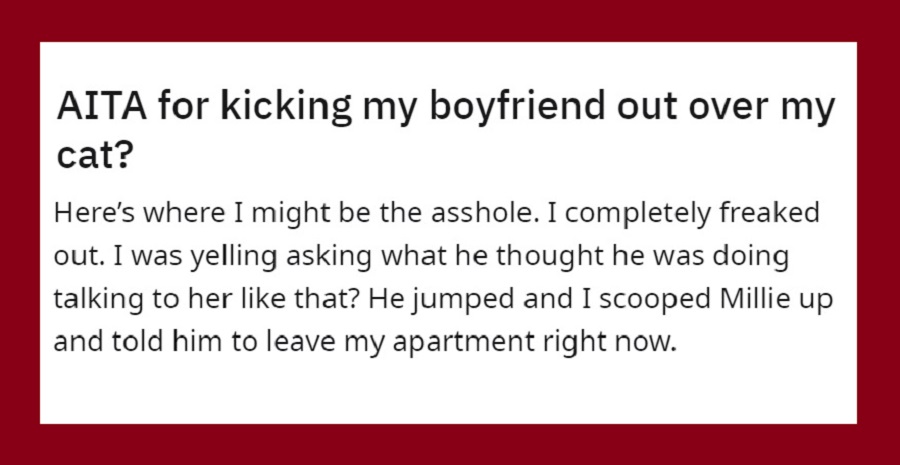 Even though he eventually made peace with Millie, the cat, the girlfriend once caught him yelling at the cat. So, she asked him to leave her home and ended the relationship. She now decided to take it to the popular Am I The A-hole subreddit to ask if she was in the wrong, and Reddit responded! Check out the story in its full below. 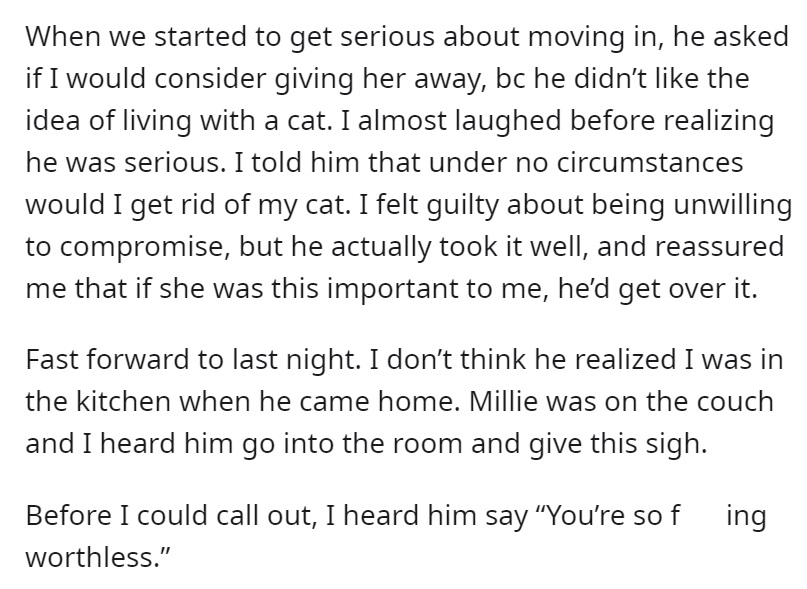 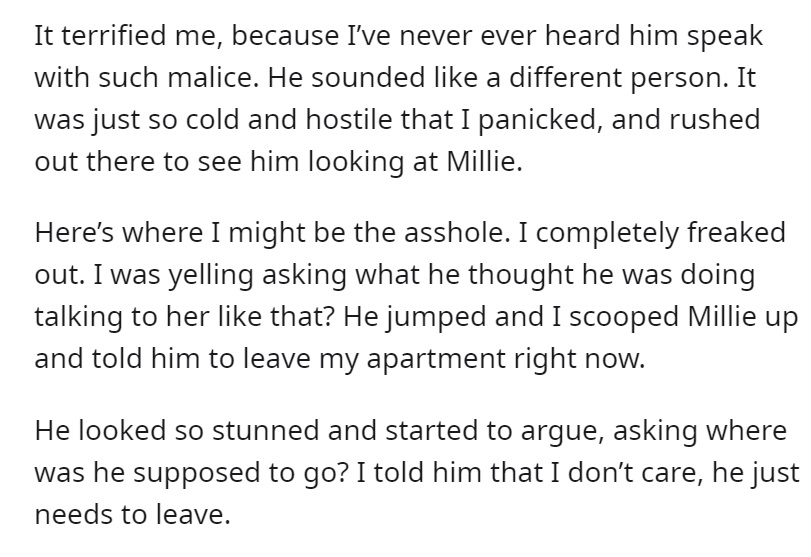 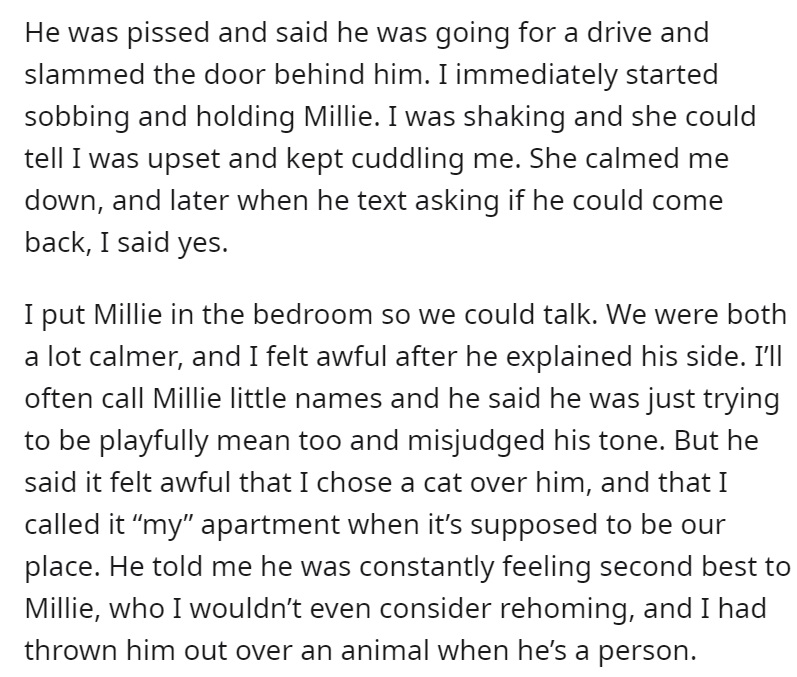 Even though the opinions were divided, most people weighed in on the Not The A-hole option and told the woman to trust her instinct. If she believes he would harm the cat, he has no place in her life. However, what do you think? Was she in the wrong to kick him out? Feel free to tell us in the comments! 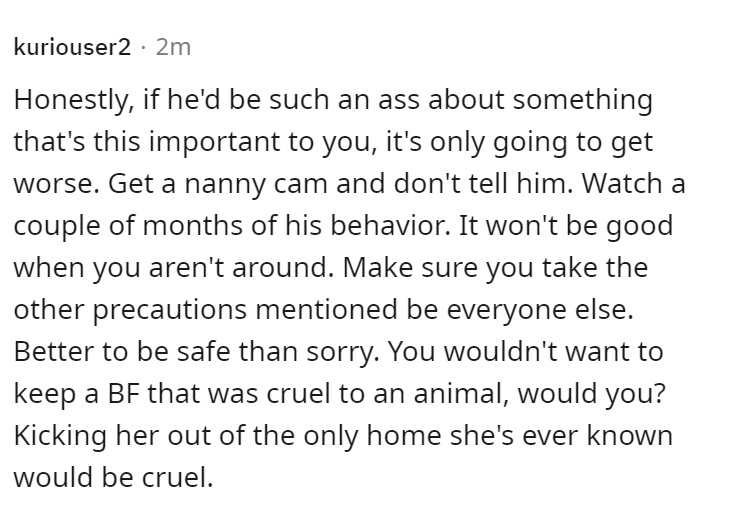 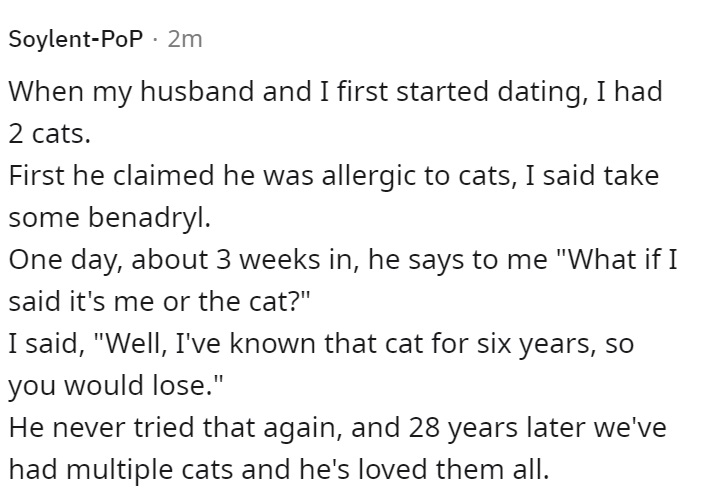 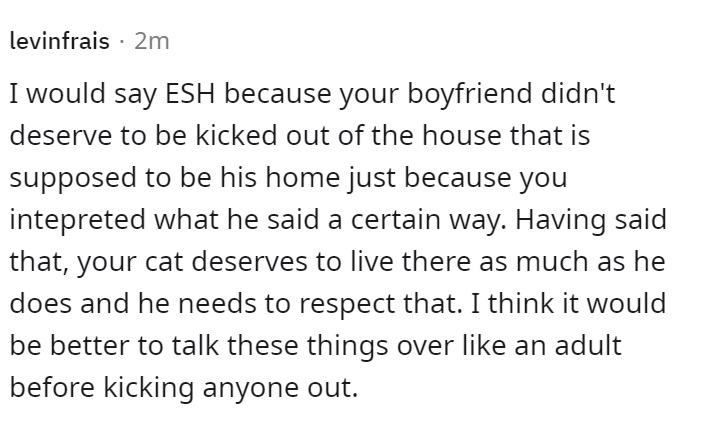 Dad Angry After Ex Wife Only Spends 20-30% Of The Child Support On Their Son, She Asks If She’s Wrong
Teen Refuses To Change Name To Make Trans Classmate More Comfortable, Gets Called a Bigot
Comments
Comments

Cats/ all animals are defenseless creatures. That don’t hurt anybody. And if someone can dislike/hate cats, I always thought it was because they didn’t like the idea of not having control of something. I agree, keep on a eye on him and see how he treats your cat without you around. Your cat can’t severely hurt him the way he can hurt your cat.

Nope, Nope, nope. This will just be a bone of contention between you, and the cat is going to suffer. He made some snide comments before he even moved in. It may have sounded like a joke then, but in view of what you heard, he expressed how he really feels about the cat. From experience, if you rehome the cat to appease him (and you can’t appease an alligator) eventually it will be something else. Your boyfriend is in the process of establishing dominance and control over you, and just wanted to test your boundaries. If it were me, put in a hidden camera to see, but I have a feeling this is going to be your deal breaker.