Woman Opposes Little Sister ‘Coming Out As Straight’ Party, Asks If She’s In The Wrong

Woman Opposes Little Sister ‘Coming Out As Straight’ Party, Asks If She’s In The Wrong

A 27-year-old woman recently decided to take it to Reddit and ask if she would be the a-hole if she opposes her sister’s coming out party. You see, the woman shared that her sister is 10 years younger than she is, and she plans on having a ‘coming out as straight’ party. The OP wrote that she’s against it because she sees it as discriminating against LGBTQ+ individuals, but she wanted the advice of the court of Reddit to see if she’s in the wrong or not.

Check out the story below, and decide if she’s in the wrong or not for yourself below. 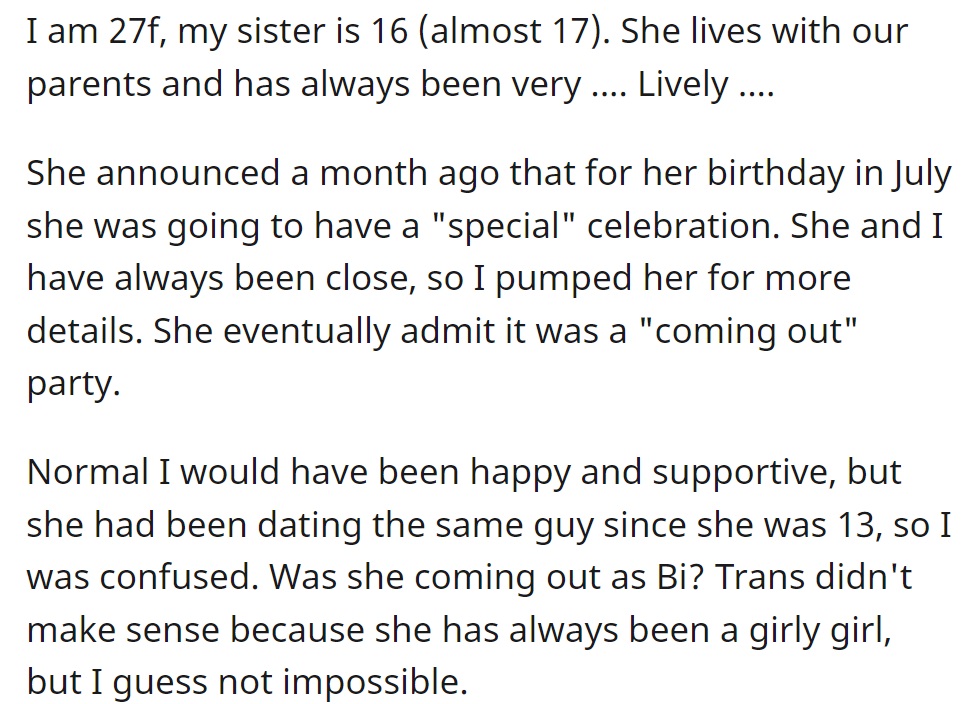 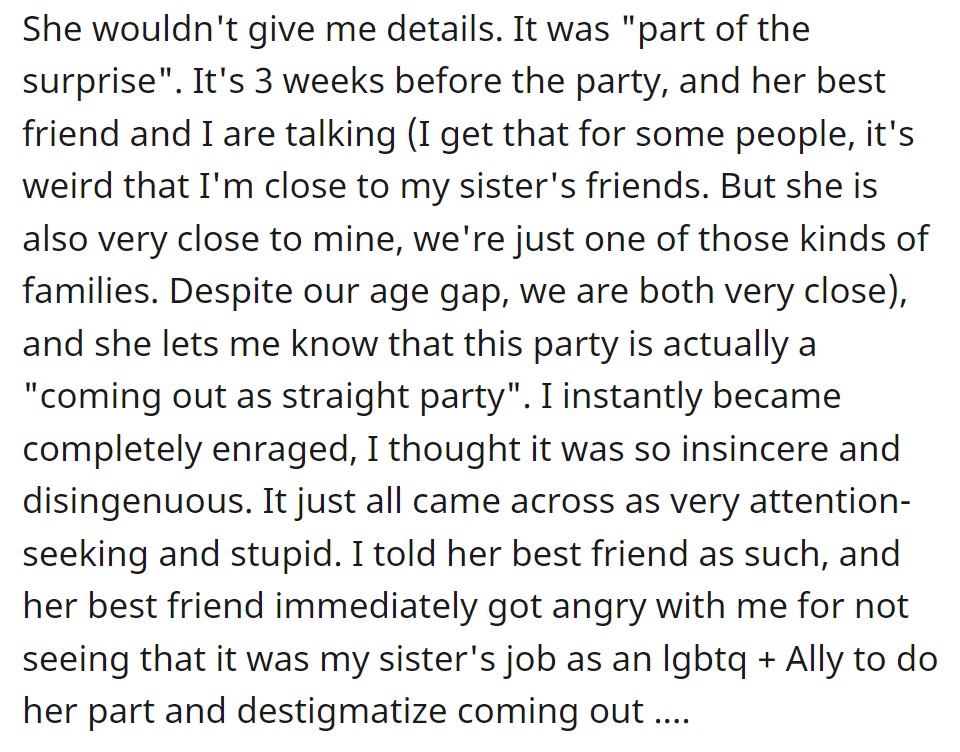 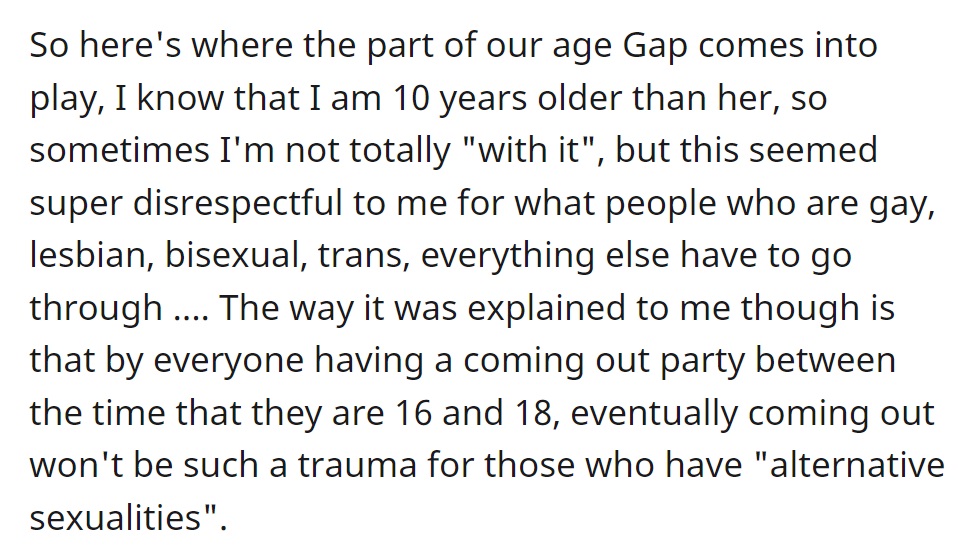 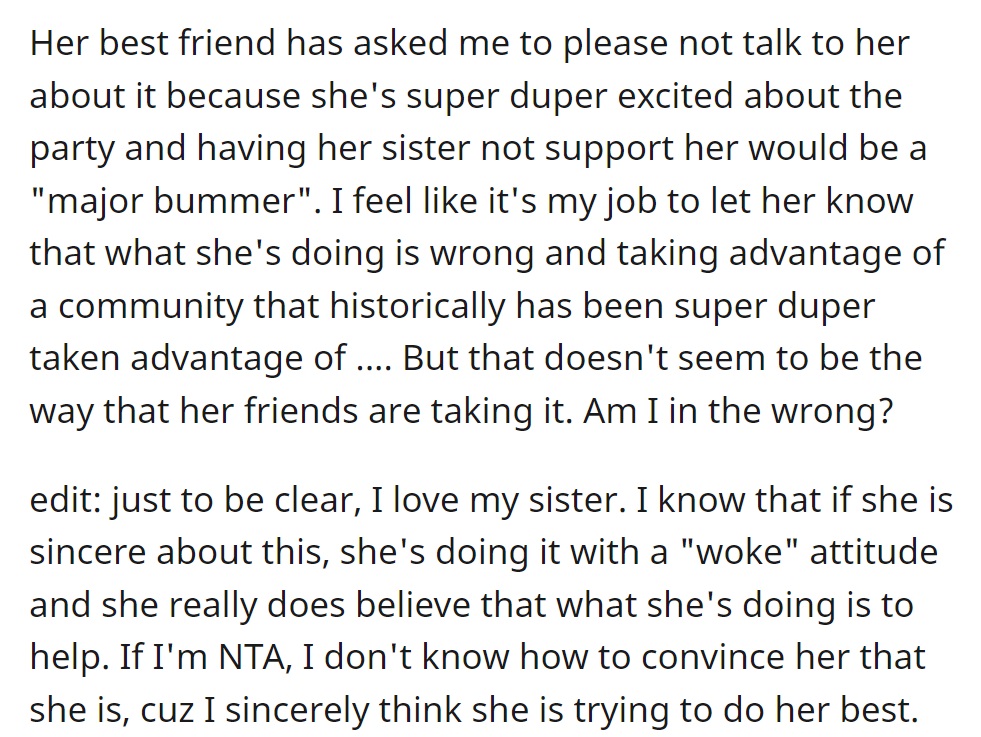 When people saw the headline, most of them probably thought: This is clear YTA (guilty as charged). However, after reading the story, you too probably agree that holding a ‘coming out as straight’ is a very stupid idea. Reddit agreed that the OP is not in the wrong here, and she wouldn’t be in the wrong if she told her sister that she shouldn’t hold the party – or at least not theme it like she intends to. 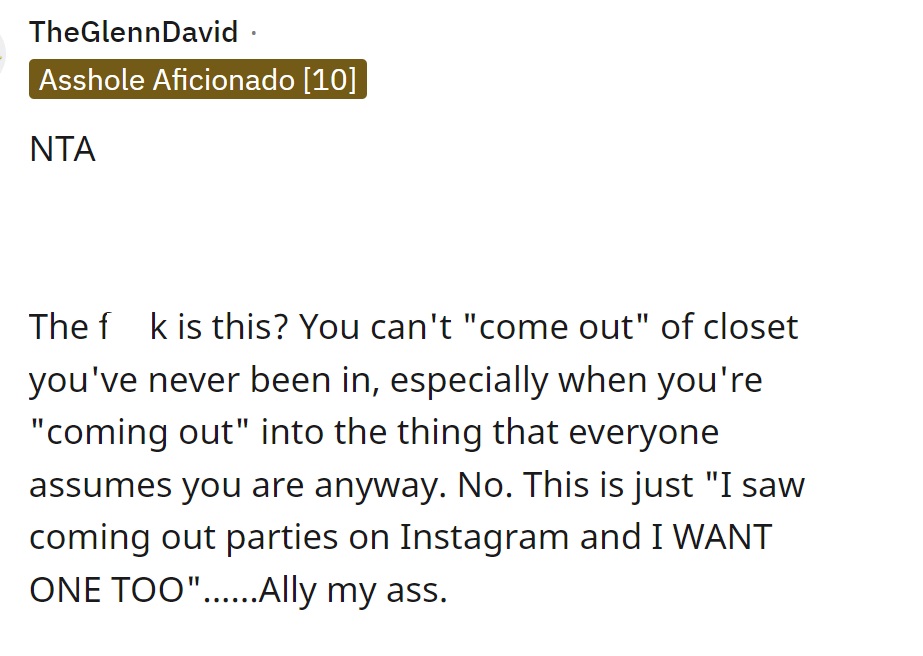 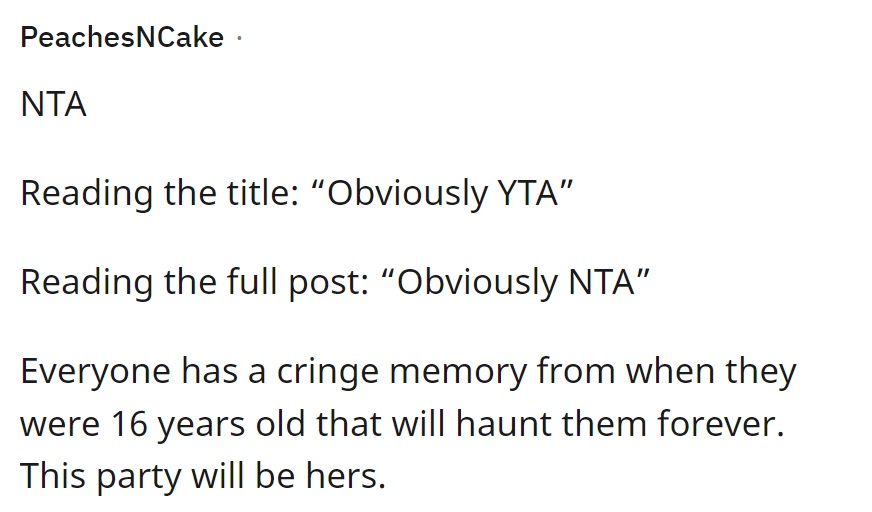