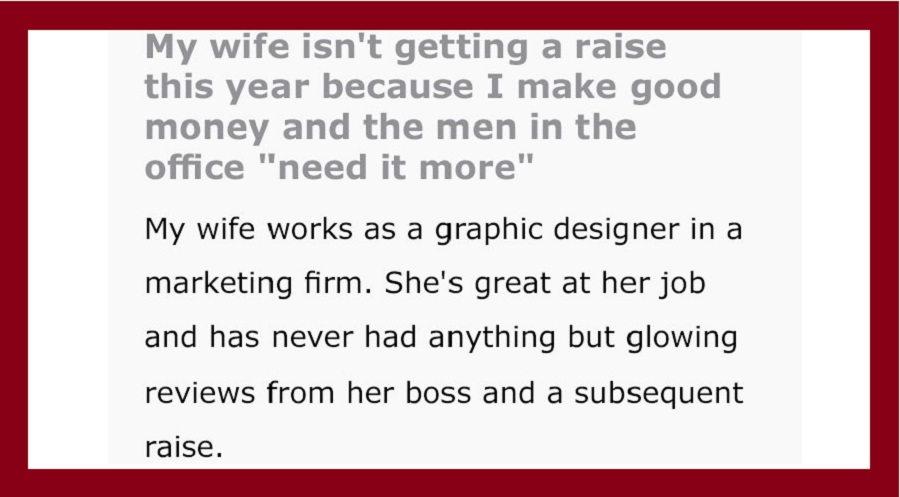 What’s the first thing you learned when you ‘grew up’? Or, what was the turning point to know that you’re a ‘grown up’? For me, it was realizing that life isn’t fair. The more you ‘grow’, the more you realize that most things in life are not fair, and some people have it better than others just because they’re one gender, as opposed to others.

Yes, the gender pay gap has shrunk to a historic low 7 cents, but fair treatment at work is still something that’s lacking in many companies.
One man decided to call out his wife’s workplace in Reddit’s r/antiwork sub, and the story went viral.

As he shared, his wife didn’t get a raise at work because her husband (the OP of the thread) earns a lot of money, so her bosses told her that the men in the office ‘need the raise more’. Yes, you read that right.

Check out the story for yourself below. 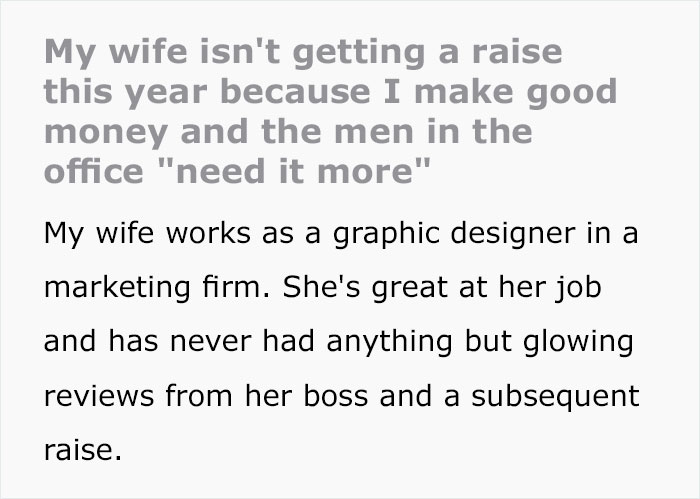 People, rather expectedly, couldn’t believe that this is happening in 21st century America. Like, seriously? 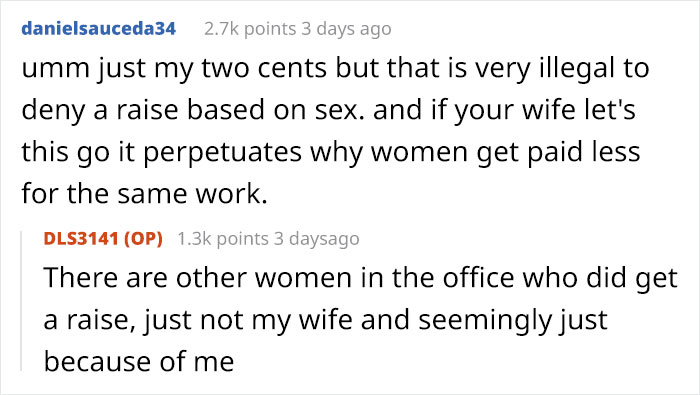 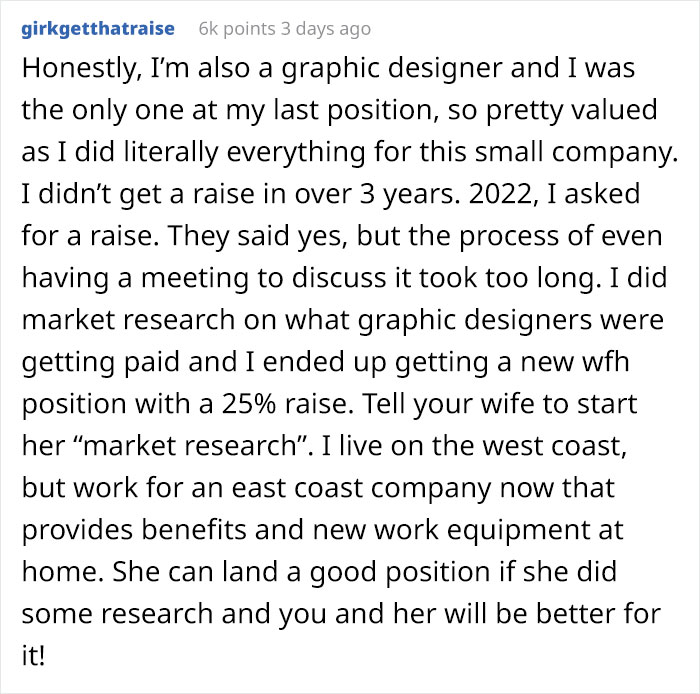