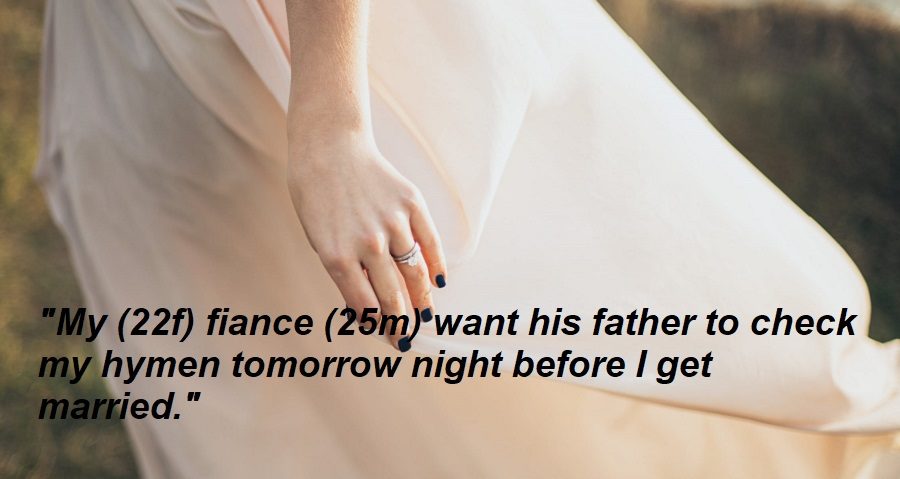 Even though there are many hilarious wedding stories on the internet, there are some truly terrible ones, and this one falls in that category.

The story was shared by a 22-year-old woman who seeks advice from Reddit after her 25-year-old fiancé told her that his dad will need to physically inspect her genitals before she can marry him in order to check if she has had intimate relationship with someone before the marriage takes place or not.
To add to that, he would have had to do it in front of other male members of the family, and the fiancé told her about this less than a week before their nuptials.

So, the bride is now not sure what to do and whether she should leave her fiancé or not.
Check out the full story for yourself below: 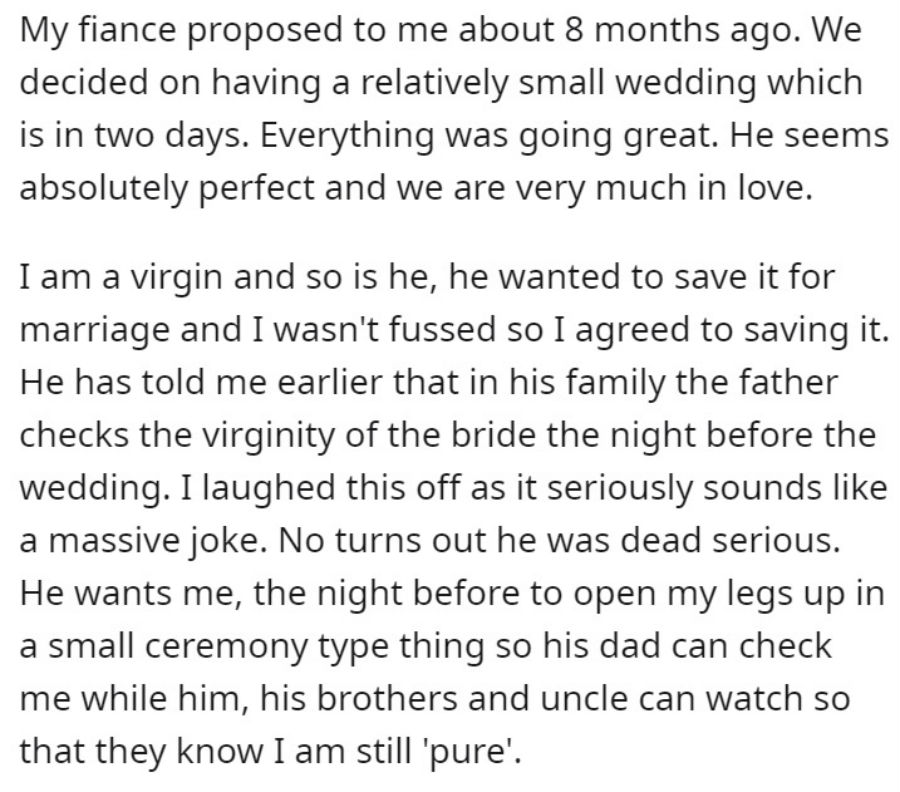 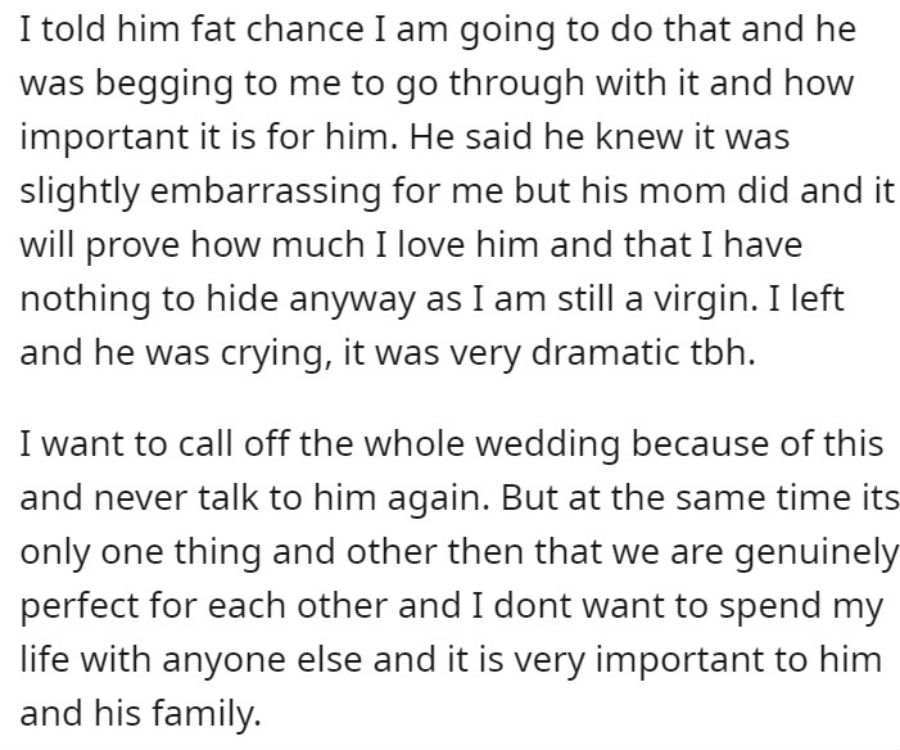 Understandably, the people of Reddit urger her to leave the guy. Even though, we would like to read your opinion on the matter. What do you think, should he leave the guy immediately, or try to talk to him and talk him out of the “purity” ceremony? 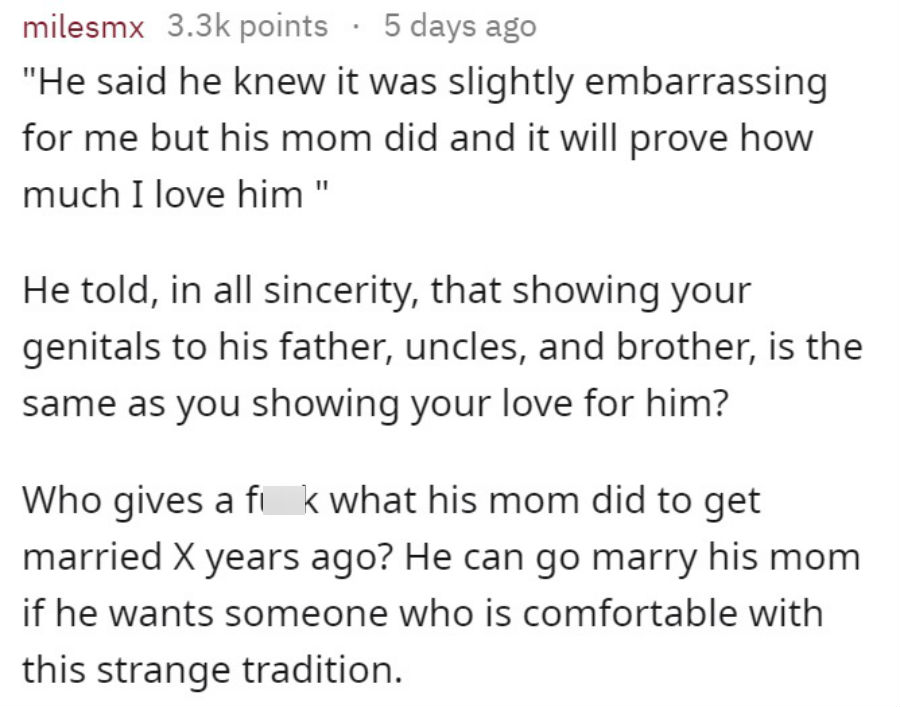 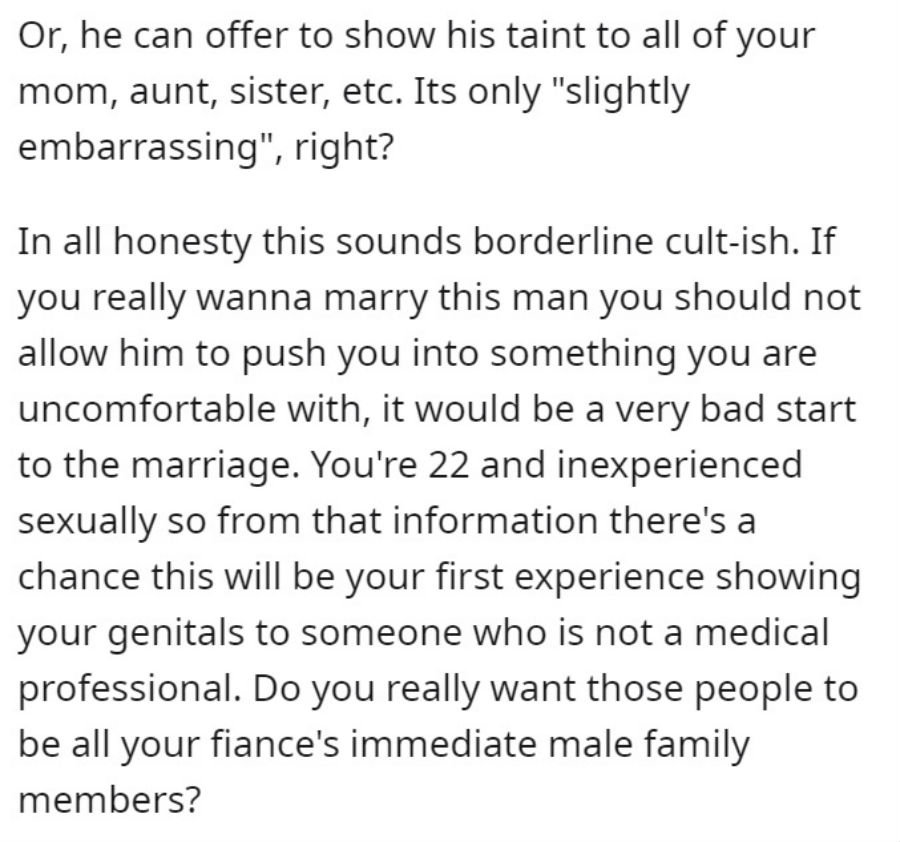 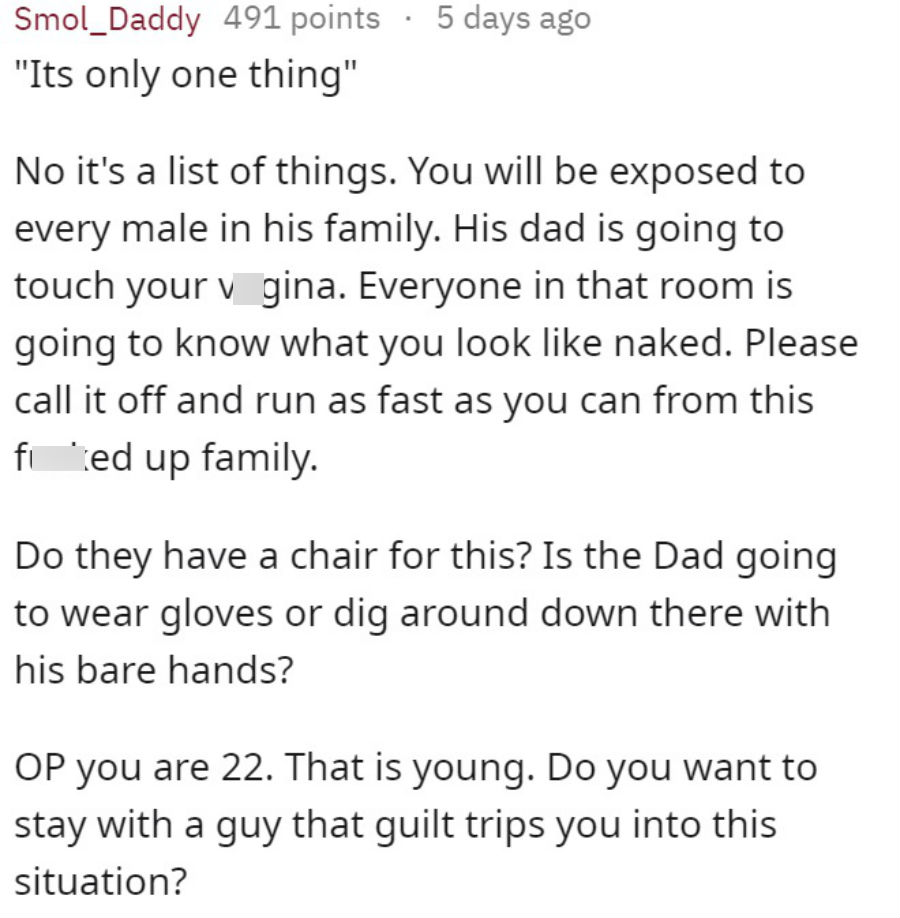 Definitely do not do this. It’s a disgusting thing, designed for perverts to leer at you. Say no, and if your man goes away, then you should be relieved.

Sounds like they are in some sort of Jonestown cult and that Father is a perv. So are the males in that family. Run.